Black Panther and his home Wakanda will make it to Marvel’s Avengers as part of Black Panther War for Wakanda expansion later this year.

In the expansion, The Avengers assist Black Panther in combating AIM and the villainous Klaw when they invade the country of Wakanda, watch the cinematic trailer below!

Black Panther War for Wakanda adds Black Panther as a playable character, who must defend Wakanda from Klaw, who seeks to steal Vibranium for his own desires.

Synopsis:
“Ulysses Klaue has made his way to Wakanda, intent on stealing Vibranium for his own selfish needs.

Black Panther brings the Avengers and his fellow Wakandans, like Shuri and Okoye, together to defend his home from the incoming threat.”

“Before the War for Wakanda Expansion comes the Cosmic Cube Event, which has two main parts: Beating the Odds and the Cosmic Threat Event.

In Beating the Odds, you’ll face off against Monica, the Scientist Supreme, who is strengthened by the immense power of the true form of Project Omega: the Cosmic Cube.

The fight against Monica is unlike any we’ve created before, and she has several dangerous tricks hiding up her sleeve.

The Cosmic Threat Event will commence on June 24 and end on July 8 and feature new missions that will have you scouring the world in different Threat Sectors all the while being imbued with Cosmic energy that packs quite the mean punch,” via Square Enix. 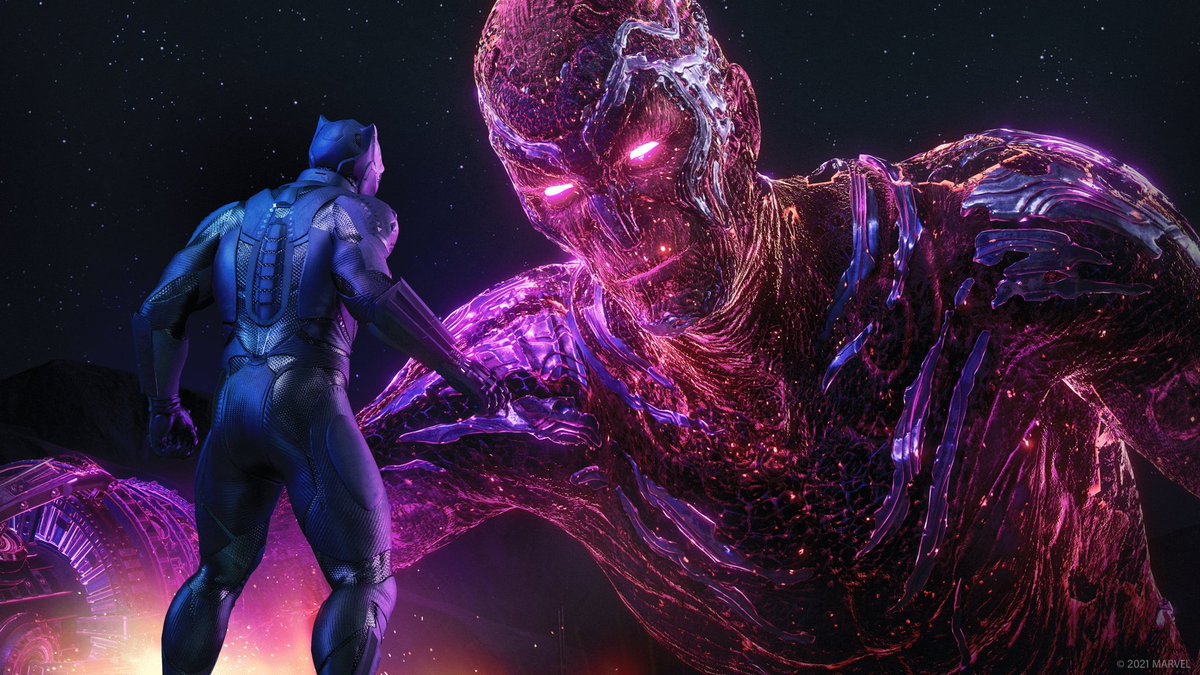