It took them a decade, but Jesse Eisenberg, Woody Harrelson, Emma Stone, and Abigail Breslin are back together for the sequel to Zombieland, which is now officially tittled Zombieland: Double Tap.

Check out Zombieland 2 poster featuring the main cast after the break: 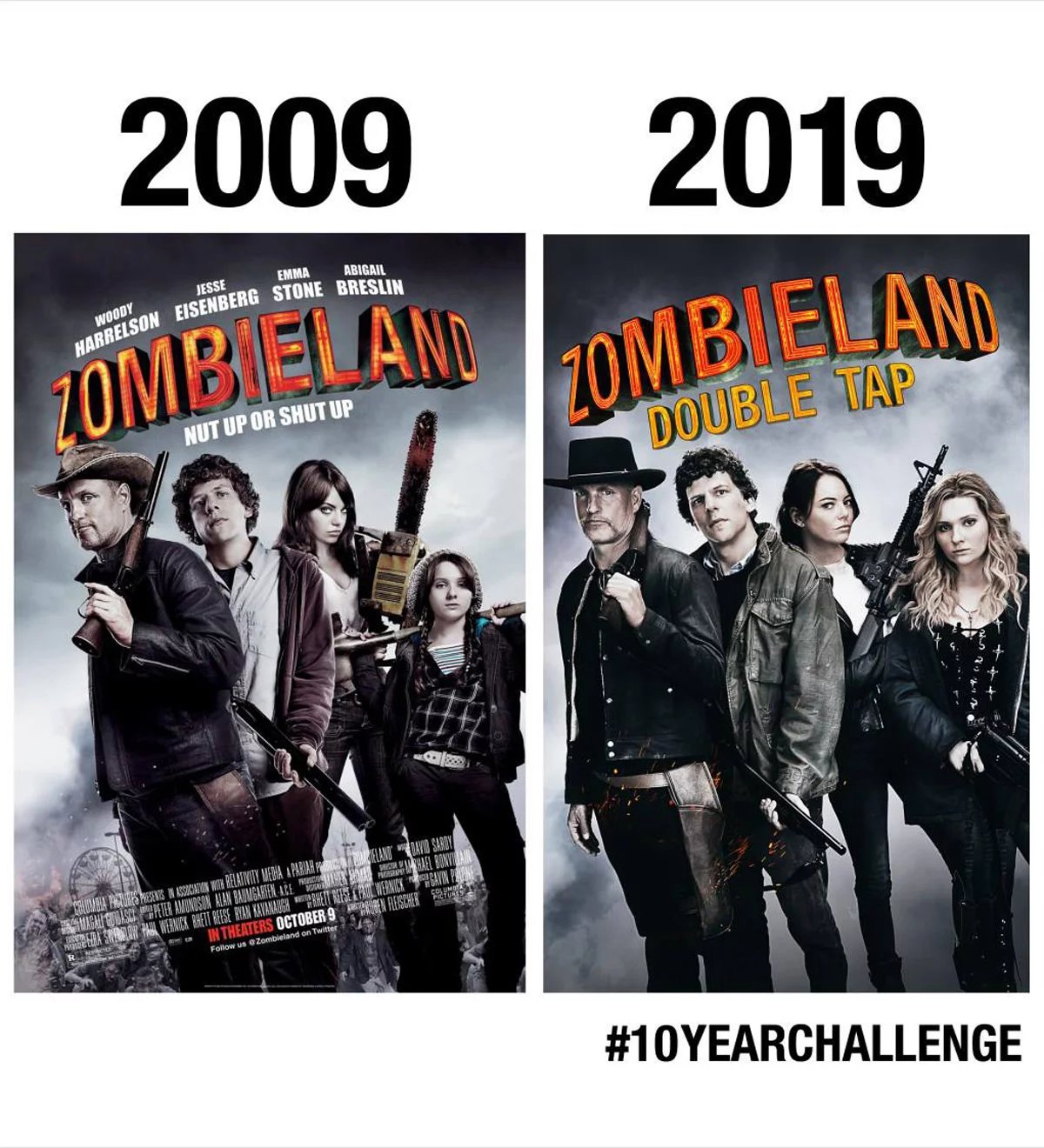 Synopsis:
“Columbus, Tallahasse, Wichita, and Little Rock move to the American heartland as they face off against evolved zombies, fellow survivors, and the growing pains of the snarky makeshift family.”

Zombieland: Double Tap is scheduled for release on October 11, 2019.