The film is based on the viral 2015 Twitter thread written by A’Ziah-Monae “Zola” King recounting the wild tale of how badly a trip she and a friend took to Florida to earn extra money went and how her friend was responsible for turning the trip from bad to worse, check out the trailer after the break!

Zola (Taylour Paige), a Detroit waitress, strikes up a new friendship with a customer, Stefani (Riley Keough), who seduces her to join a weekend of dancing and partying in Florida.

What at first seems like a glamorous trip full of ‘hoeism’ rapidly transforms into a 48-hour journey involving a nameless pimp, an idiot boyfriend, some Tampa gangsters, and other unexpected adventures in this wild, see-it-to-
believe-it tale.”

The biographical comedy-drama film is directed by Janicza Bravo, from a screenplay by Bravo and Jeremy O. Harris. 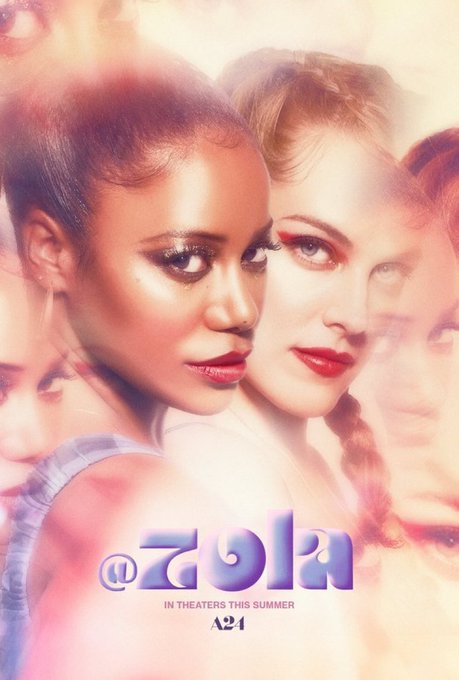