An artistic rendered poster gives us a first look at the villain Apocalypse (played by Oscar Isaac), check it out below: 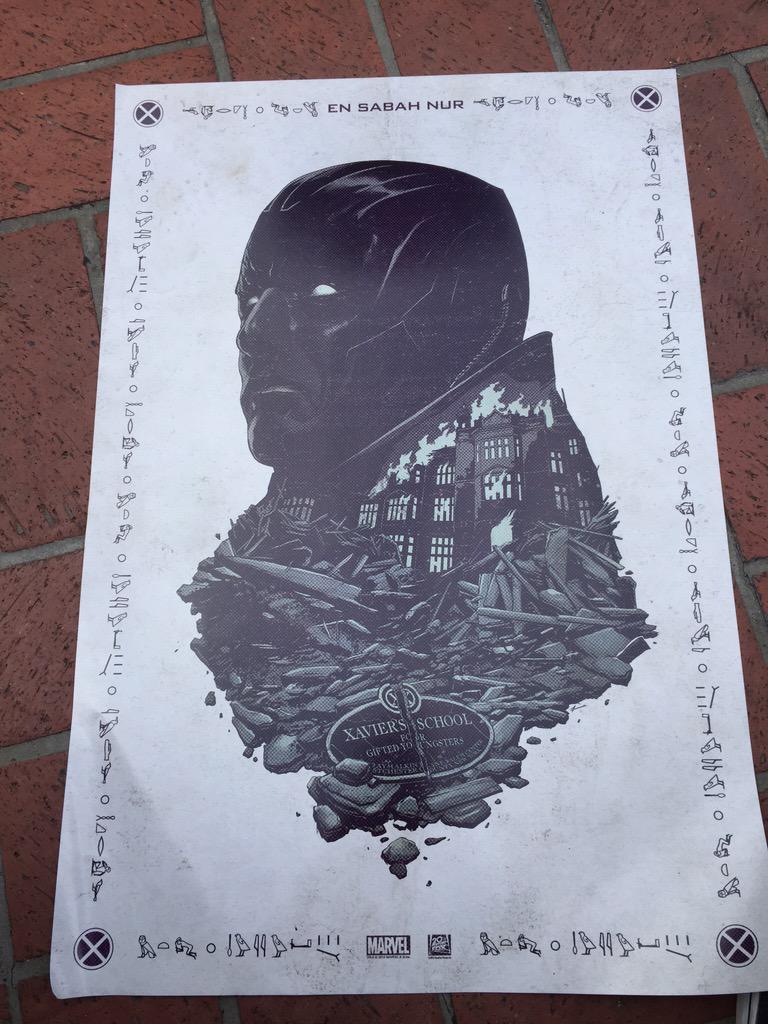 The film is based on the X-Men characters that appear in Marvel Comics. The sequel to 2014’s X-Men: Days of Future Past and the ninth installment in the X-Men film series.

Directed by Bryan Singer, with a screenplay by Simon Kinberg from a story conceived by Dan Harris, Michael Dougherty, Kinberg and Singer.