Watch Dogs Legion developed by Ubisoft Toronto is the third instalment in the Watch Dogs series, it is the sequel to Watch Dogs 2.

It is set in a fictionalized representation of London, designed as an open world, and is playable from a third-person perspective, now lets check out what Watch Dogs Legion Ultimate Edition, Collector’s and other bonuses you get, shall we?

Gold Edition comes with the Season Pass, which offers access to new story expansions and extra missions, four unique playable heroes, the Complete Edition of the original Watch_Dogs, and more.

Additionally, Xbox One and PlayStation 4 will be able to upgrade their game to Xbox Series X & PlayStation 5 versions respectively, at no additionally cost.

It is time to take back London, and anyone you see in this iconic city can be recruited to your resistance. Corrupt opportunists have taken over and it’s up to you to build a resistance to give the city back to the people.

With an entire population of potential recruits and the city’s technology at your fingertips, you’ll need to hack, infiltrate, and fight your way to liberate London. Welcome to the Resistance. 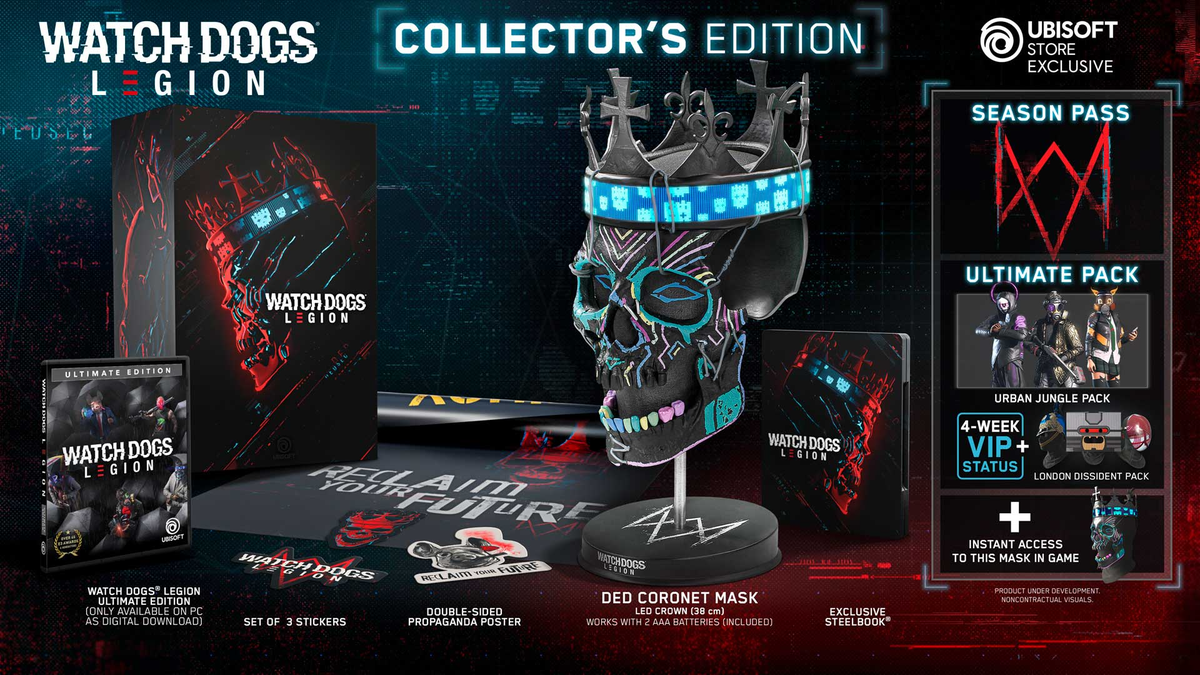 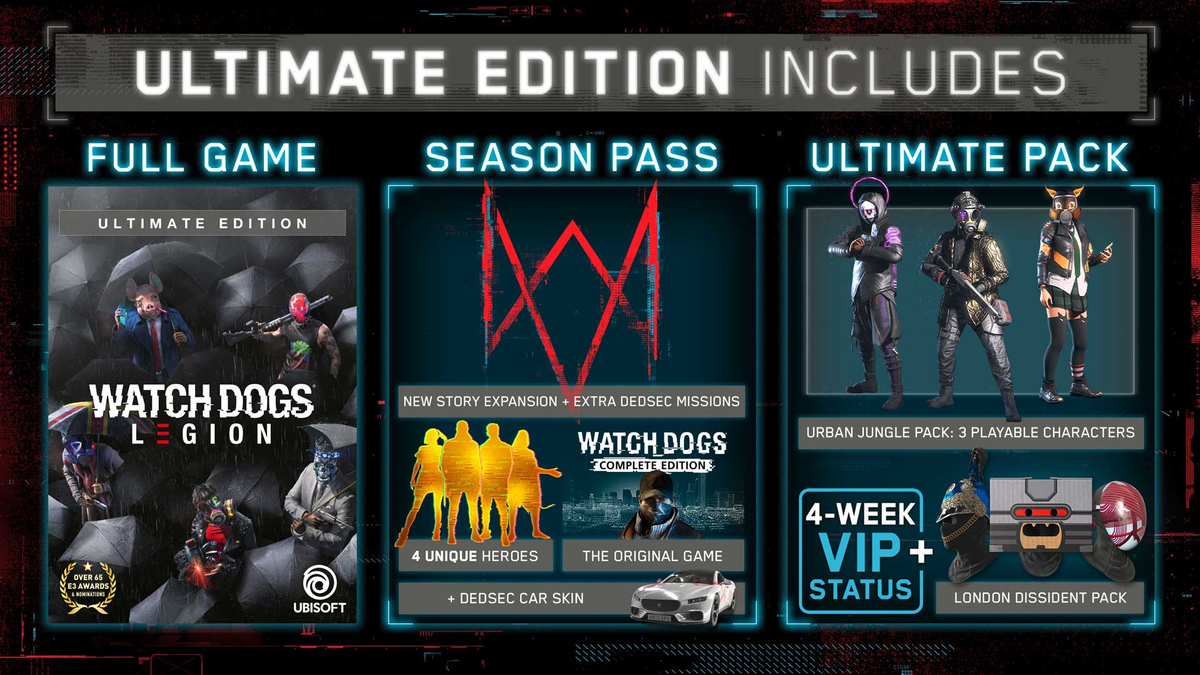 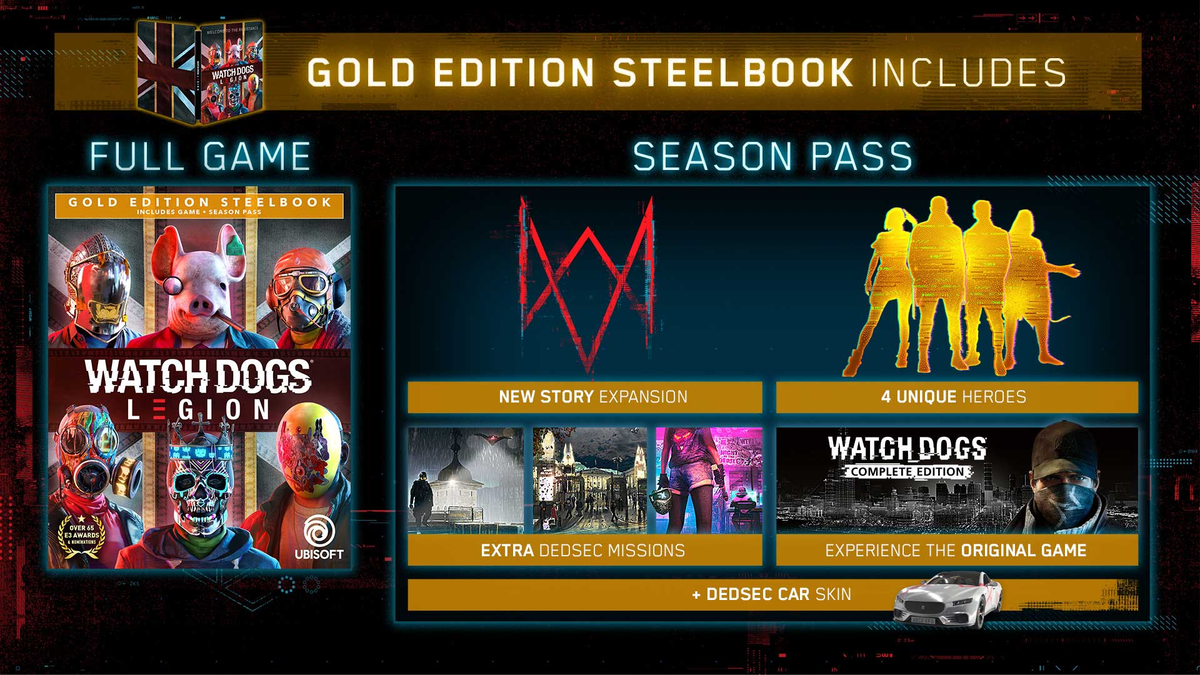