Actor, performance artist & model, The King Cort has confirmed that Watch Dogs 2 will feature a new protagonist played by himself. 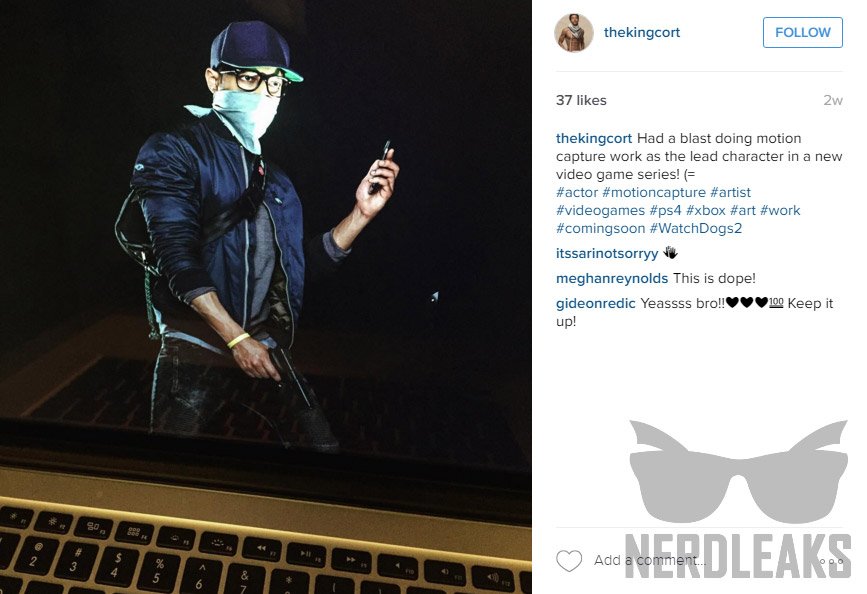 He recently did a motion capture for Ubisoft’s next, Watch Dogs 2 and posted the image on Instagram.

The profile has been set to private now, but you can see the cached version here.

Looks like Pearce won’t return for the next game in the series, we will find out about Watch Dogs 2 soon, before or at E3 2016.

Watch Dogs 2 is confirmed to launch in 2017 for PC, PlayStation 4 and Xbox One.