Sony Pictures revealed the first trailer for their upcoming superhero film, Venom Let There Be Carnage.

The film is intended to be the second film in the Sony Pictures Universe of Marvel Characters and the sequel to Venom (2018).

Watch the first Venom Let There Be Carnage trailer in the player below!

Premise:
“Over a year after the events of Venom (2018), investigative journalist Eddie Brock struggles to adjust to life as the host of the alien symbiote Venom, which grants him super-human abilities in order to be a lethal vigilante.

Brock attempts to reignite his career by interviewing serial killer Cletus Kasady, who becomes the host of the symbiote Carnage and escapes prison after a failed execution.”

Directed by Andy Serkis from a screenplay by Kelly Marcel, based on a story she wrote with Tom Hardy.

Venom: Let There Be Carnage is scheduled to be released in the United States on September 24, 2021. 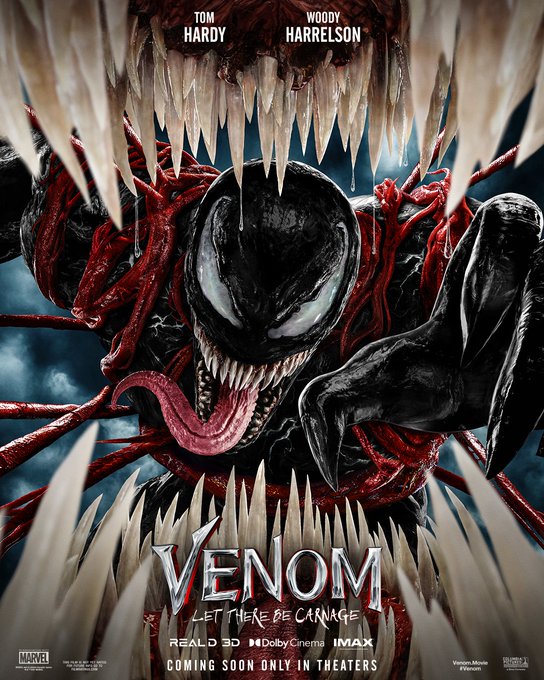