The Scotts is the eponymous lead single by American hip hop duo The Scotts, composed of Travis Scott and Kid Cudi, off their upcoming album.

[Verse 2: Kid Cudi]
Nigga, the cops outside (Yeah)
Lock up the house (Yeah, yeah)
We keep the team on high (Huh)
Some gold in they mouth (Yeah, yeah)
Nigga, the Porsche outside (Huh)
Without the top (Yeah, yeah, nigga, yeah)
She want a mimosa-sa (Yeah)
Bring in the shots (Yeah, yeah, yeah)
Tell these phony bitches, “Beat it”
With that Photoshoppin’ body, Adobe, help me
She in there makin’ panini
She know I got all the bread, she know me, got it
On my hustle, havin’ visions
It’s been a minute since my niggas done owned it, howdy (Huh, huh)
Cleveland boy, he make ’em pay
Yes, that Cleveland boy, he done made a way, hey
Headed for somewhere to go, anywhere cinema these, these
Niggas don’t know where to go, gotta keep givin’ em heat, heat (Yeah)
Time to go double though, time they add up the math, mad
And I’ve been dealin’ with so many things, havin’ so many dreams 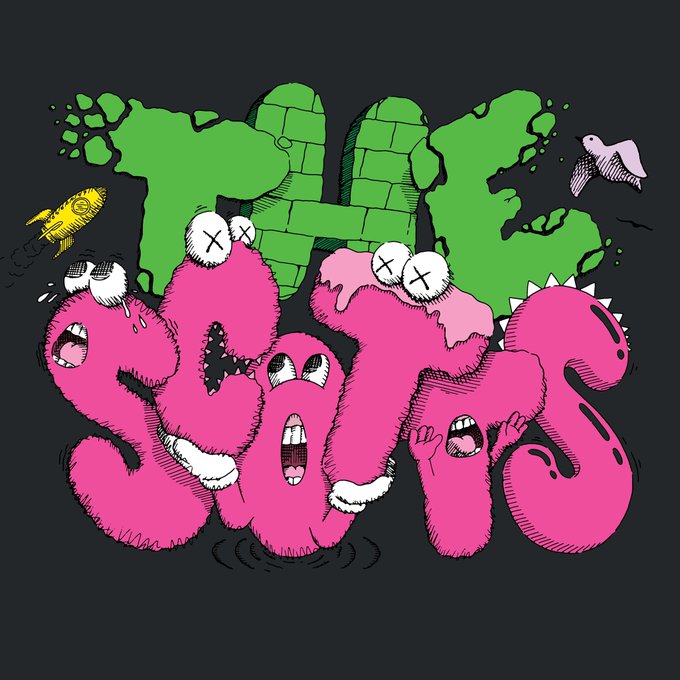