Update 4: New pictures from the closed set featuring Chris Hemsworth, Tom Hiddleston & Anthony Hopkins in their Asgardians attire have arrived! check them out in the slider below:

Update 3: Additionally photos have surfaced featuring the first look at Anthony Hopkins on the set, check them below!

Update 2: Thor (Chris Hemsworth) and Loki (Tom Hiddleston) have landed on Earth in the new set photos, check them out in the slider below: 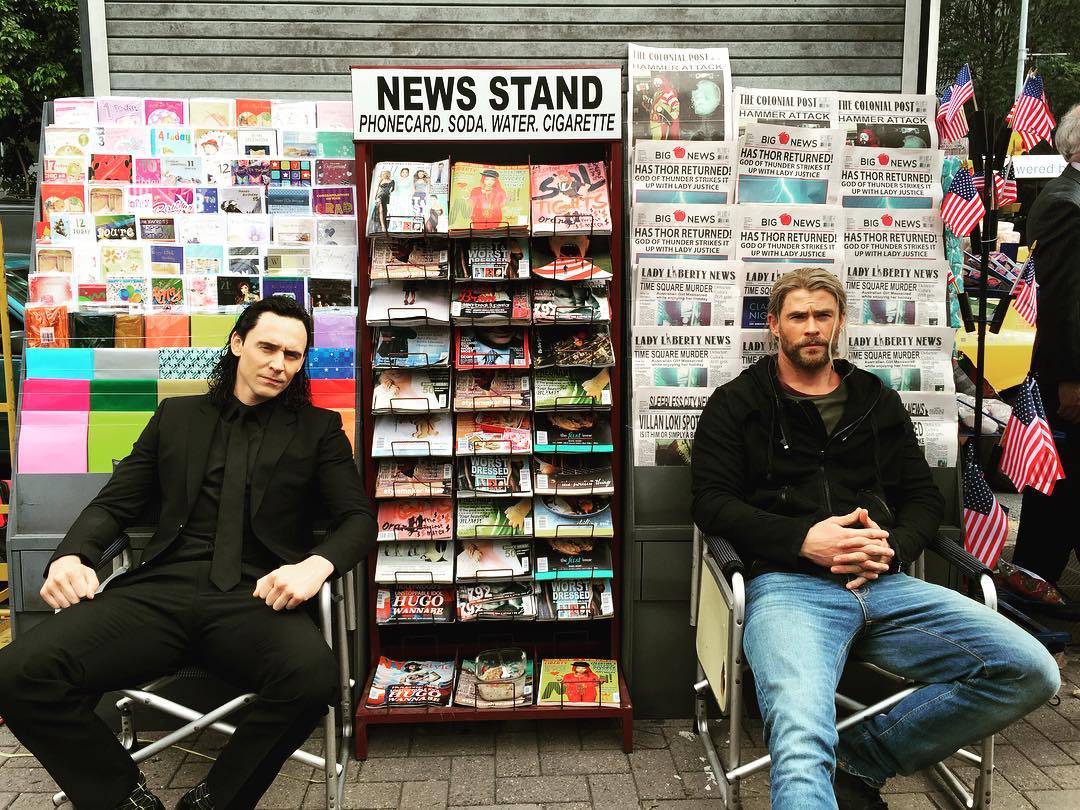 We’ve got the new photos from set showing off Thor’s fictional realm, Asgard taking shape at Movie World studios, check them out below!

It features the return of Chris Hemsworth as crown prince of Asgard & God of Thunder, Thor with Tom Hiddleston as Thor’s adoptive brother, Loki; Idris Elba as the Asgardian sentry of the Bifröst Bridge, Heimdall and Sir Anthony Hopkins as king of Asgard, father of Thor, and adoptive father of Loki, Odin.

Sequel to Thor (2011) and Thor: The Dark World (2013), the third installment of Marvel’s popular Norse Super Hero, is directed by Taika Waititi with a screenplay by Stephany Folsom.