Columbia Pictures released the final trailer for The Shallows (originally In the Deep), an upcoming American horror film.

Storyline:
“In the taut thriller The Shallows, when A young surfer Nancy (Blake Lively) was surfing at a secluded beach, she finds herself on the feeding ground of a great white shark.

Though she is stranded only 200 yards from shore, survival proves to be the ultimate test of wills, requiring all of Nancy’s ingenuity, resourcefulness, and fortitude.”

Directed by Jaume Collet-Serra and written by Anthony Jaswinski. 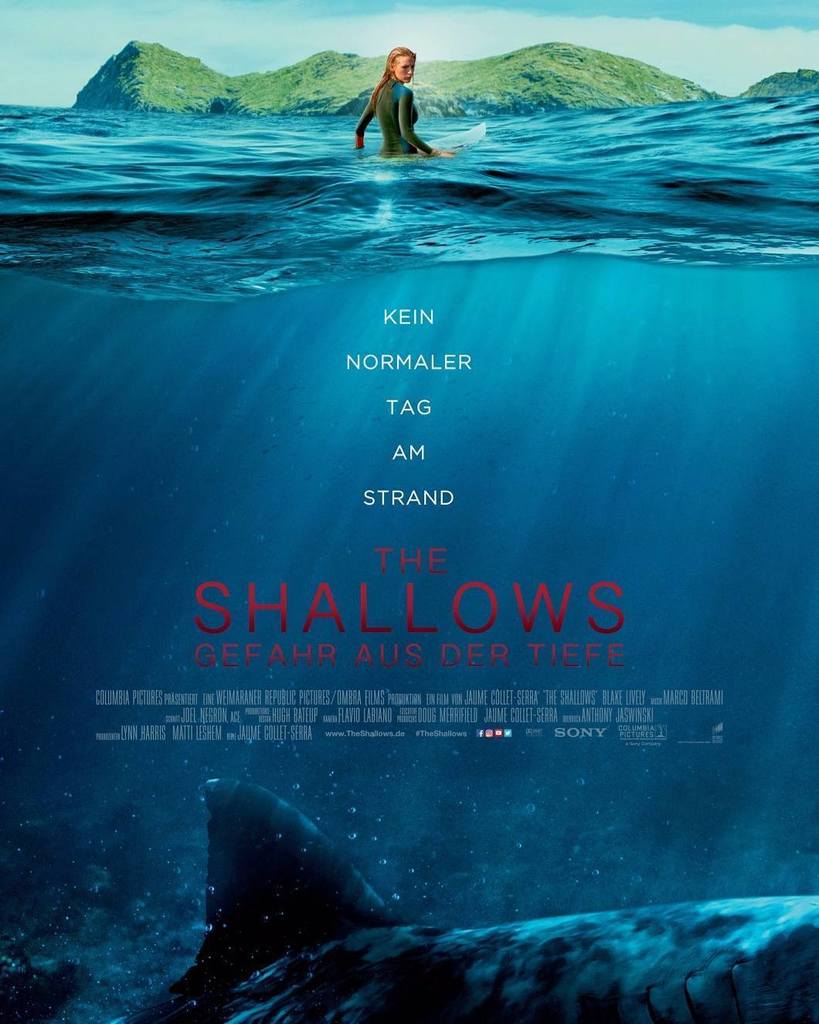