Universal Pictures’ upcoming American action-adventure horror film, The Mummy’s filming kicked off on April 3 in United Kingdom, it then moved on to Surrey and now the crew is in Africa.

Update: The production has moved from London to the coastal desert, The Namib in southern Africa and we get a first look at the stars in a new set photo featuring Jake Johnson, Annabelle Wallis, Tom Cruise and Courtney B. Vance, check it out below! 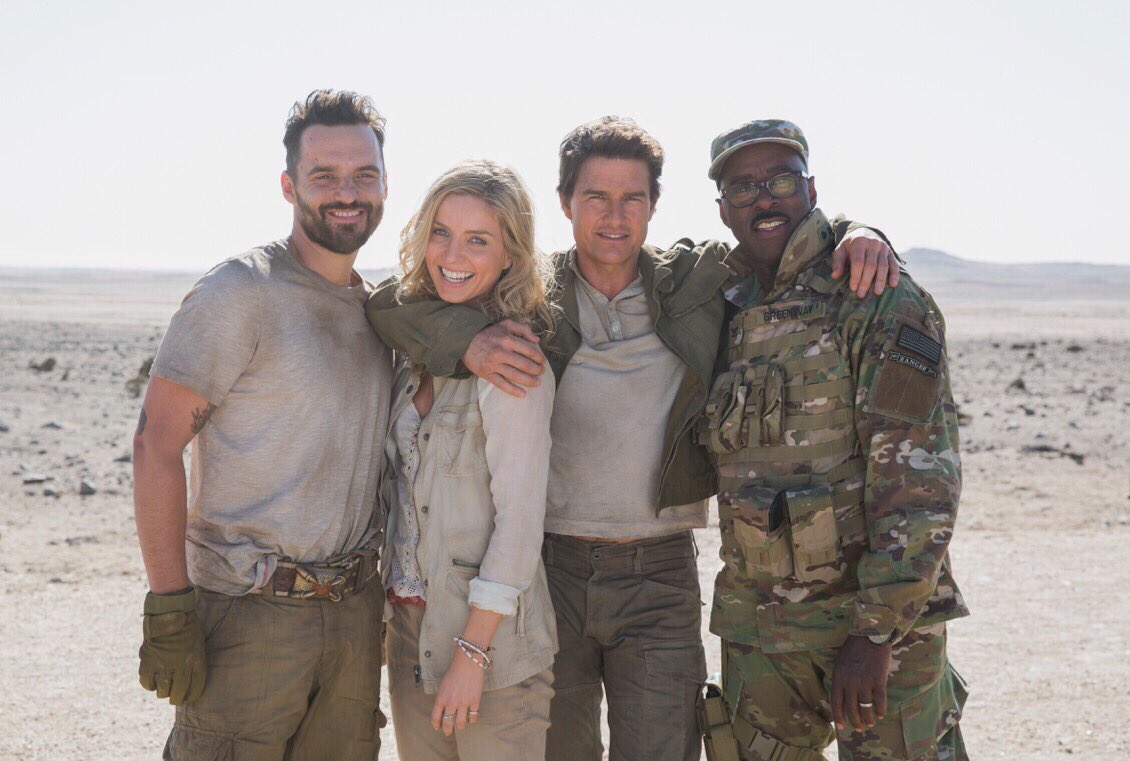 The photos feature Algerian dancer, actress and musician, Sofia Boutella as The Mummy, check them out in the sider below:

Official Synopsis:
“Thought safely entombed in a crypt deep beneath the unforgiving desert, an ancient queen (Sofia Boutella) whose destiny was unjustly taken from her is awakened in our current day, bringing with her malevolence grown over millennia and terrors that defy human comprehension.

From the sweeping sands of the Middle East through hidden labyrinths under modern-day London, The Mummy brings a surprising intensity and balance of wonder and thrills in an imaginative new take that ushers in a new world of gods and monsters.”

The Mummy is scheduled to arrive in theaters on June 9, 2017.