The preview features new footage, screenshots and details about the game, staring off with the opening moments of the game (proceed at your own risk): 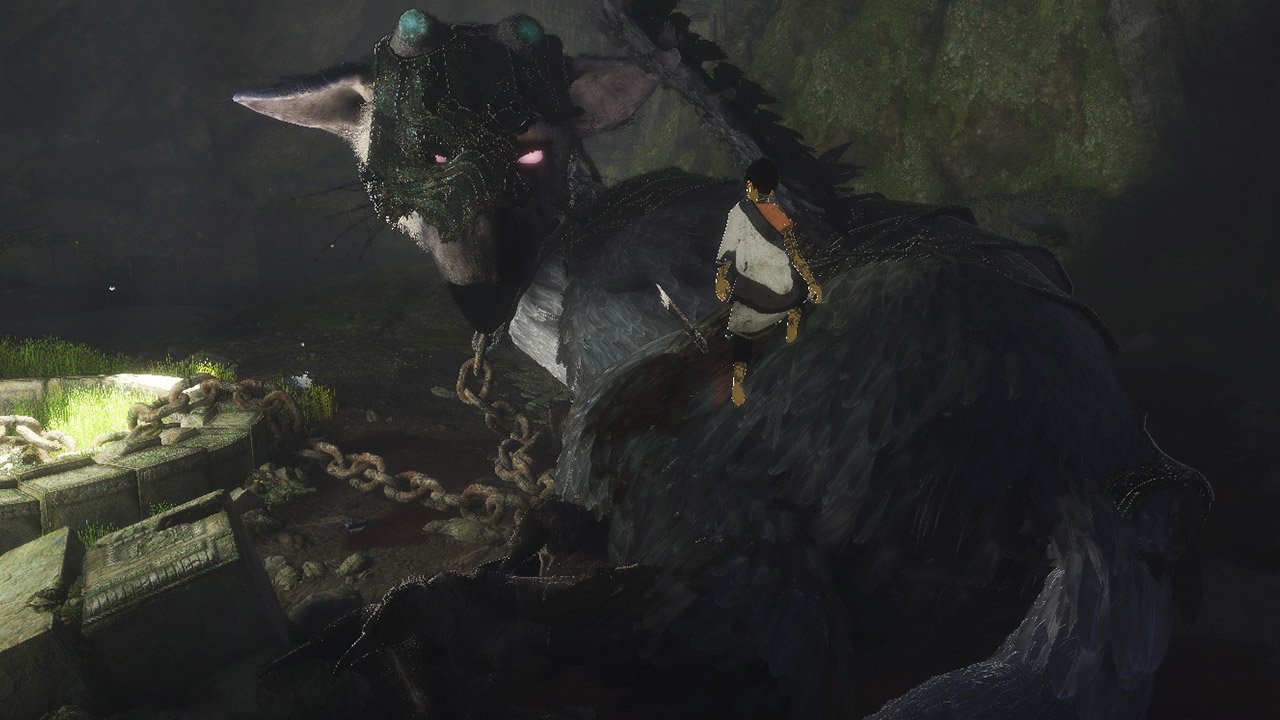 “The game opens in a cave, where the boy you play as awakens with no recollection of how he got there, with strange markings on his arms. He comes across a wounded Trico, the creature that accompanies him, curled up on the floor.

It has a spear lodged onto its hindquarters, and it is in pain. Pulling the spear from its body causes Trico to howl in pain, then lash out at the boy, sending him flying into the wall of the cave. “Trust” is a key theme in The Last Guardian, and this opening, intimate sequence acts as the beginning of the relationship between the boy and Trico, who himself will never entirely be tamed.

The boy eventually comes across mirror made of a mysterious substance. Trico’s eyes react to it, dilating and flashing through different colors. Trico’s eye color is a reflection of his emotional state.

In this case, his eyes are red, which means “anger” or “wariness.” Holding the mirror out at the green beam that shoots forth on a blockage ahead of the boy causes Trico to shoot red lightning from his tail, striking and shattering the boulders.”

The Last Guardian will release sometime in 2016 for PS4.