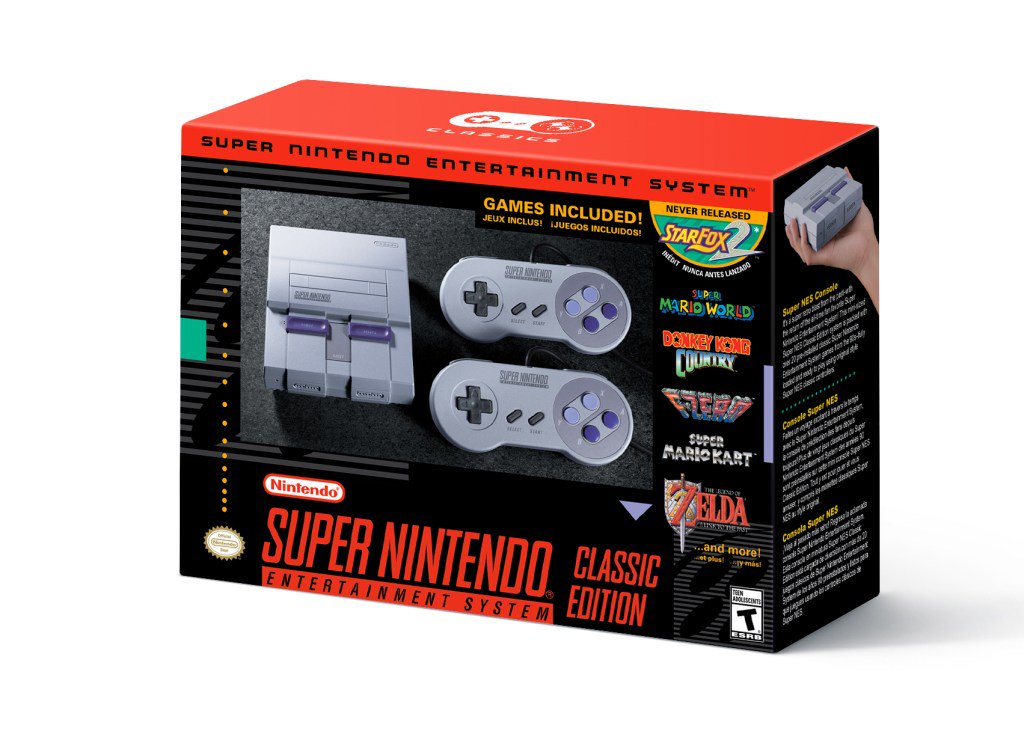 The console will be back on stores in September 2017 as Super Nintendo Entertainment System: Super NES Classic Edition, the mini system contains 21 pre-installed classic games and can easily be plugged into any high-definition TV using the included HDMI cable.

It will be available at a suggested retail price of $79.99. And for the first time, players who pick up the system can enjoy the intergalactic adventure Star Fox 2, the sequel to the original Star Fox game that was created during the Super NES era but never released … anywhere!

“While many people from around the world consider the Super NES to be one of the greatest video game systems ever made, many of our younger fans never had a chance to play it,” said Doug Bowser, Nintendo of America’s Senior Vice President of Sales and Marketing.

“With the Super NES Classic Edition, new fans will be introduced to some of the best Nintendo games of all time, while longtime fans can relive some of their favorite retro classics with family and friends.”

The Super Nintendo Entertainment System: Super NES Classic Edition looks the same but it is smaller than the original and comes pre-loaded with 21 games:

“All of these games would be considered classics by anyone’s standards, and some of them in particular – Secret of Mana, Final Fantasy III, EarthBound and Super Mario RPG: Legend of the Seven Stars – are massive role-playing games that can take dozens of hours to complete.

Even for super fans who have played all of these games multiple times, the inclusion of the never-before-released Star Fox 2 game will offer them something entirely new to enjoy – if they can unlock it by proving their skills in the original Star Fox game. (Well, they only have to complete the first level – we didn’t want to make it too hard!)”

Super Nintendo Entertainment System: Super NES Classic Edition is currently planned to ship from Sept. 29 until the end of calendar year 2017. At this time, we have nothing to announce regarding any possible shipments beyond this year.

Our long-term efforts are focused on delivering great games for the Nintendo Switch system and continuing to build momentum for that platform, as well as serving the more than 63 million owners of Nintendo 3DS family systems. We are offering Super Nintendo Entertainment System: Super NES Classic Edition in special recognition of the fans who show tremendous interest our classic content.”