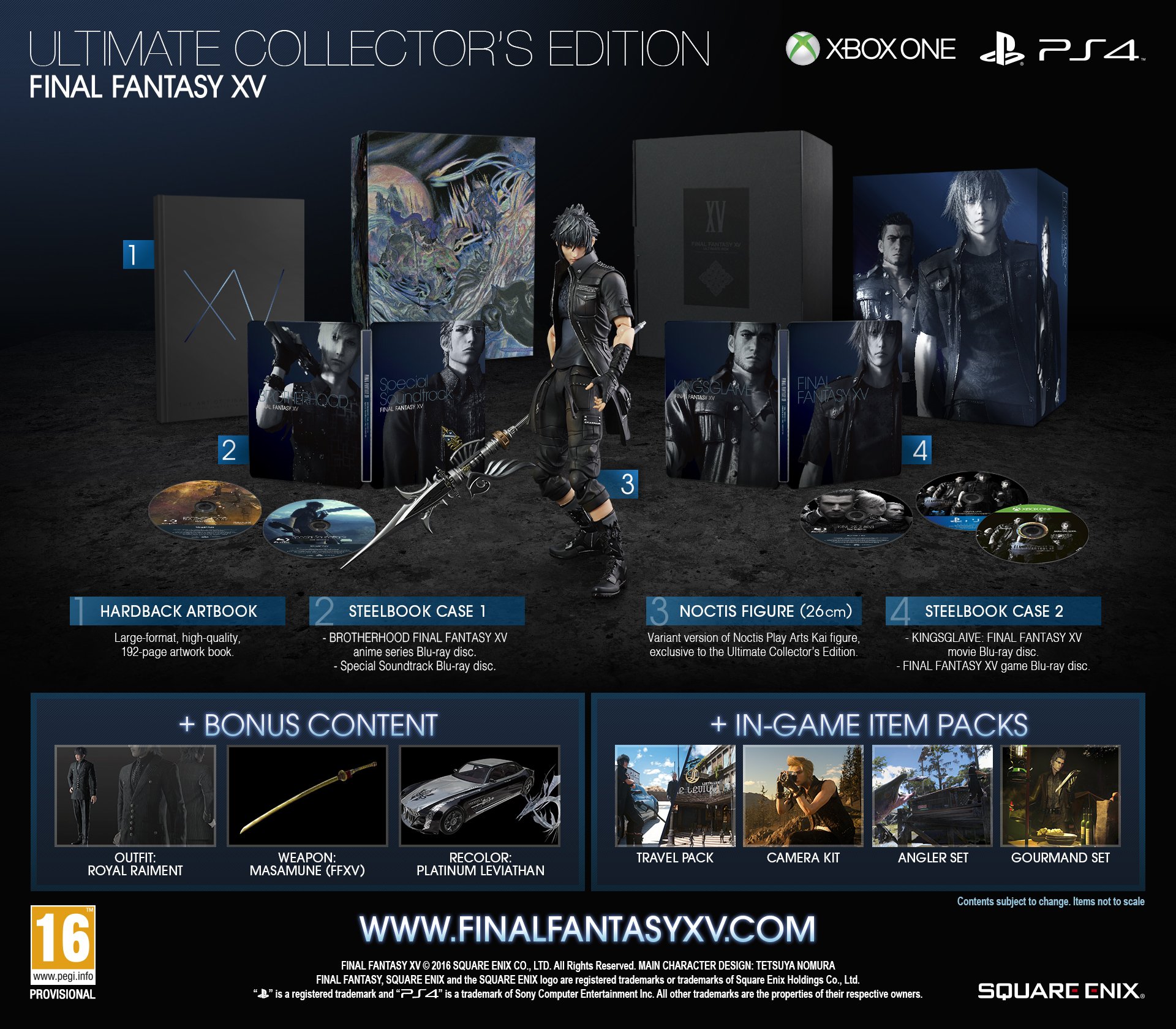 The new set of Ultimate Collector’s Editions will be available worldwide, but “due to factors outside of our control though – there is a chance these new UCEs may not be ready by Sep 30 (the #FFXV release date).

We’ll do our best to make sure the new UCEs are not delayed though & we’ll let you know how you can order one from the 2nd batch soon,” Square Enix tweeted.