A banner for Call of Duty: Infinite Warfare has been leaked online, giving more details about Modern Warfare remaster.

The image claims that Call of Duty: Infinite Warfare Legacy Edition will include Modern Warfare remaster that features remastered version of Call of Duty 4: Mordern Warfare campaign and ten multiplayer maps out of original 16 maps. 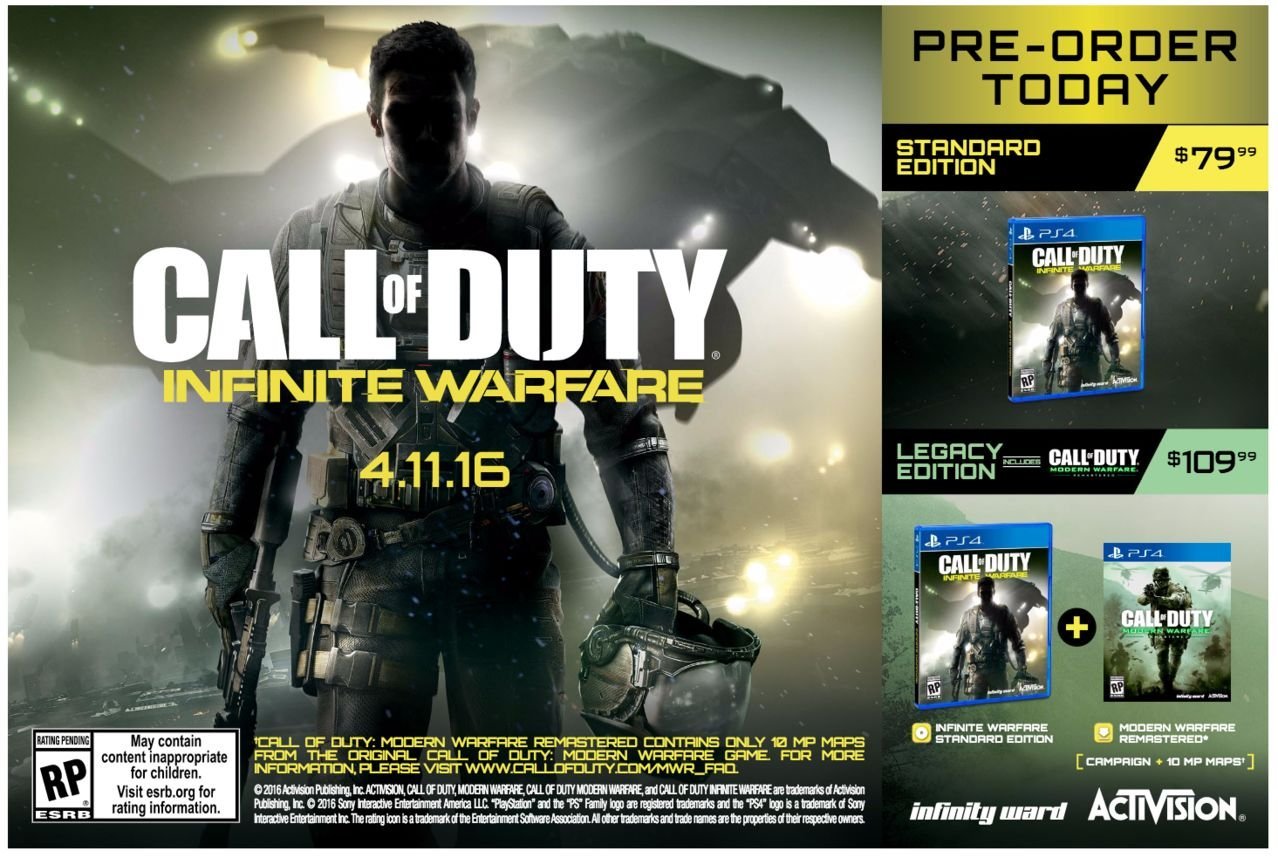 The image made its way online from Canada, given the combination of ESRB rating, date format, & price.

Activision is yet to announce the next entry in Call of Duty series, we are hoping for a reveal next week, stay tuned!