The iconic class photo features all the cast and crew involved in making the movies from the last decade.

On October 7, 2017, more than 80 actors, filmmakers, producers and others secretly got together in Atlanta, Georgia on the set of Avengers: Infinity War to take a big family photo, memorialize & celebrate the accomplishments of the Marvel Cinematic Universe, check out the photos and videos after the break: 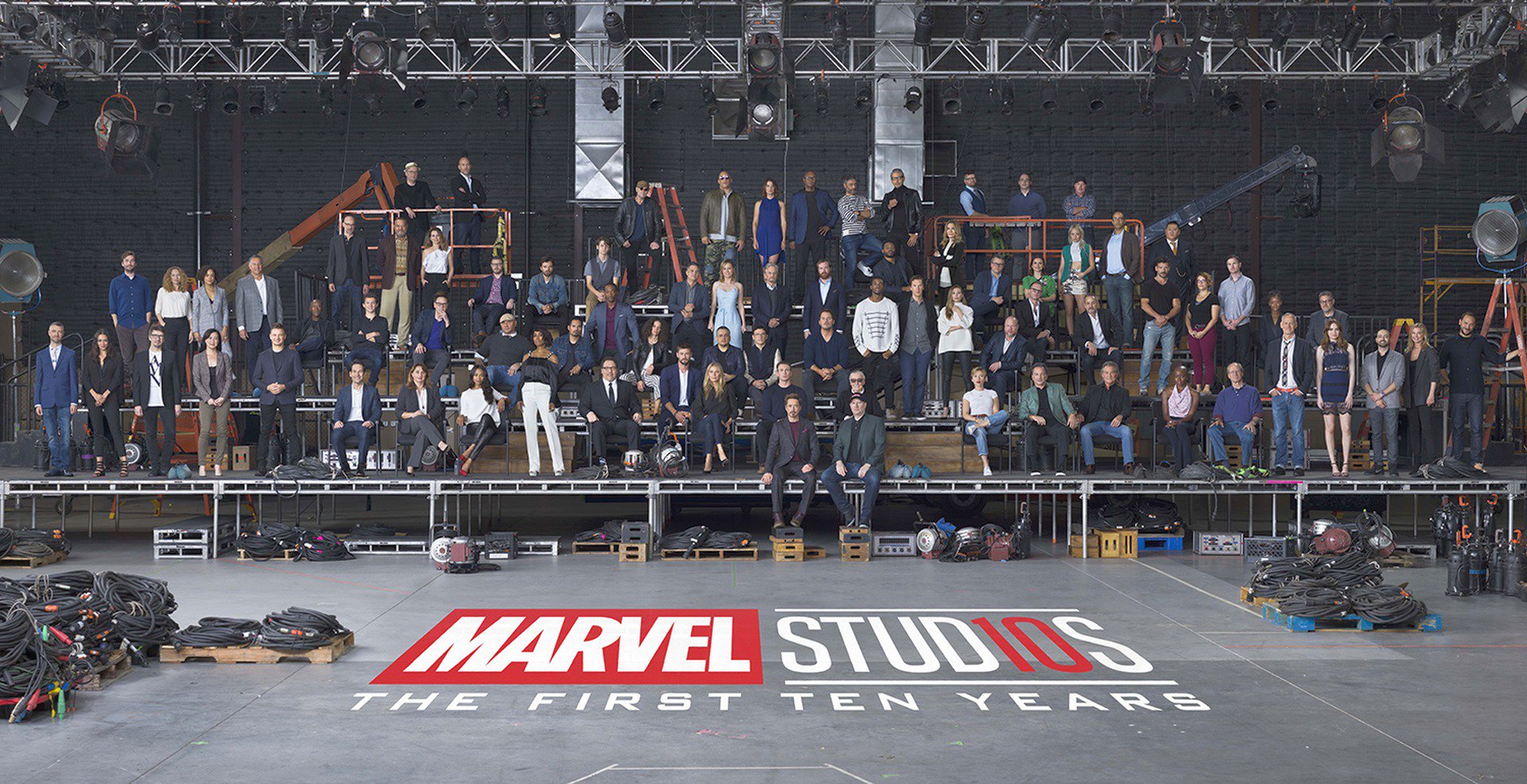 Marvel continue their 10-year celebration with “exclusive consumer products and collectibles, along with in-theater events and much more in the coming months.” Additionally, a 10-year sweepstakes from Feb 8 to March 15, every week the sweepstakes features a different MCU film, fans can tweet or post their photos of themselves on twitter or Instagram with your favorite personal memory from the film of the week using the film hashtags and #Marvel10YearSweepstakes to enter for a chance to win.

The grand price winners will get to visit Captain Marvel‘s set, Marvel Studios tour, tickets to Avengers: Infinity War premiere, with all the expenses paid and more!

“Marvel Studios’ 10th anniversary begins with the release of Avengers: Infinity War and covers an impressive decade of Marvel Studios’ blockbusters released from 2008 through the Avengers untitled film in 2019.

In celebration of the anniversary, fans can expect exclusive consumer products and collectibles, along with in-theater events and much more in the coming months.

The unprecedented success over the last ten years is reflected in its cumulative box-office receipts of over $13.5 billion worldwide.

Legions of fans—both old and new—have enjoyed the live-action exploits of favorite Marvel Super Heroes in films that express the unique vision and creativity of the filmmakers, and deliver spectacle and thrilling action with relatable characters.”