Listen to the track in the player below followed by Love Story (Taylor’s Version) lyrics after the break:

[Verse]
We were both young when I first saw you
I close my eyes and the flashback starts
I’m standing there
On a balcony in summer air
See the lights, see the party, the ball gowns
See you make your way through the crowd
And say, “Hello”
Little did I know

[Pre-Chorus]
That you were Romeo, you were throwing pebbles
And my daddy said, “Stay away from Juliet”
And I was crying on the staircase
Begging you, “Please don’t go,” and I said

[Chorus]
Romeo, take me somewhere we can be alone
I’ll be waiting, all there’s left to do is run
You’ll be the prince and I’ll be the princess
It’s a love story, baby, just say “Yes”

[Verse 2]
So I sneak out to the garden to see you
We keep quiet ’cause we’re dead if they knew
So close your eyes
Escape this town for a little while, oh, oh

[Pre-Chorus]
‘Cause you were Romeo, I was a scarlet letter
And my daddy said, “Stay away from Juliet”
But you were everything to me
I was begging you, “Please don’t go,” and I said

[Chorus]
And I said, “Romeo, save me, I’ve been feeling so alone
I keep waiting for you, but you never come
Is this in my head? I don’t know what to think”
He knelt to the ground and pulled out a ring, and said
“Marry me, Juliet, you’ll never have to be alone
I love you and that’s all I really know
I talked to your dad, go pick out a white dress
It’s a love story, baby, just say ‘Yes'”

She will release re-recordings of Fearless titled Fearless (Taylor’s Version) sometime this year featuring 26 songs from Fearless Platinum Edition (2009) including Today Was a Fairytale (2010) and six new bonus tracks “from the vault” that did not make the 2008 album. 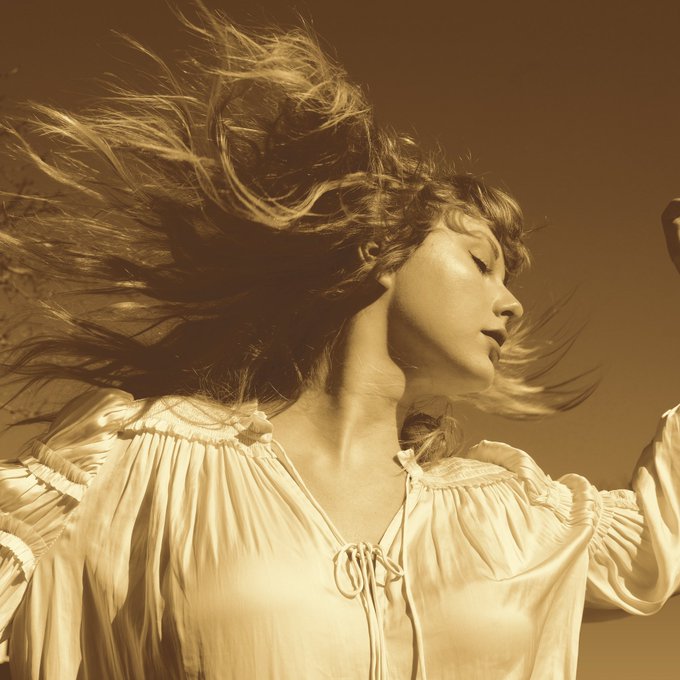