Lunafreya Nox Fleuret, Voiced by: Shiori Kutsuna (Japanese); Lena Headey (English) – One of the central characters of the film. A former princess of Tenebrae, Lunafreya is venerated throughout the world of Eos as the youngest Oracle in history.

Regis Lucis Caelum CXIII, Voiced by: Tsutomu Isobe (Japanese); Sean Bean (English) – The second central character alongside Lunafreya, and the link that connects the movie with the game. The present king of Lucis and guardian of the crystal.

Luche Lazarus, Voiced by: Tomokazu Seki – A member of the Kingsglaive and the self-proclaimed leader of Nyx’s group.

Drautos, Voiced by: Kouichi Yamadera – Commander of the Kingsglaive.

Crowe Altius, Voiced by: Ayumi Fujimura – The sole female member of the Kingsglaive.

Ardyn Izunia – right-hand man and the chancellor of Niflheim.

Kingsglaive: Final Fantasy XV is scheduled to hit theaters in Japan on July 9, 2016, It will be released digitally worldwide before the FFXV’s launch via steam and Blu-ray. 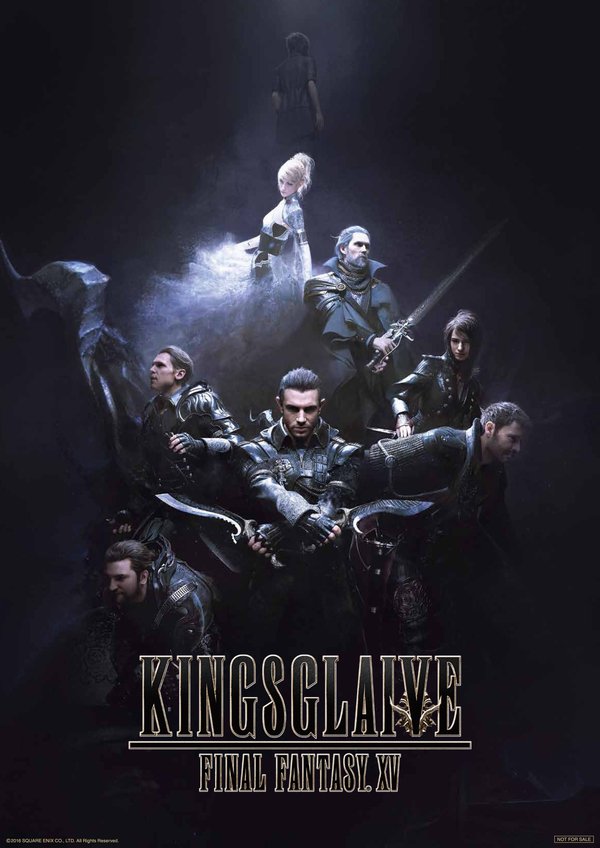