Ghost Recon Wildlands is the first military shooter set in a massive and responsive open-world, entirely playable in single-player or up to four-player co-op.

“Players will discover Bolivia a few years from now, a country transformed by the vicious Santa Blanca drug cartel into a narco-state.

Sent behind enemy lines, the Ghosts will have to cripple the Santa Blanca cartel’s operation, breaking alliances between the drug lords and the corrupt government, and saving the Bolivian population from the cruelty of El Sueño, Santa Blanca’s ruthless leader.

To do so, players will have total freedom of choice to complete missions how they choose and watch as the world reacts to their actions.”

“As part of the Tom Clancy franchise, authenticity is one of the key pillars which will bring the Wildlands to life in our latest instalment in the franchise,” said Eric Couzian, Creative Director on Tom Clancy’s Ghost Recon Wildlands.

“Our goal has been to build the Ghosts as credible Spec Ops, so players have a range of options in facing not only the deadly cartels, but also the roughness of the multifaceted Bolivian landscape.

Ghosts are survivors and hunters, they can blend in all sorts of environments, leaving no trace except in the heads of their terrified enemies. We want players to feel this power.”

The game will be available in the following premium editions, in addition to the Standard Edition ($59.99):

The Deluxe Edition ($79.99), contains the Standard Edition and the digital Deluxe Pack, which includes: the Huntsman rifle and motorbike, 3 emblems, 3 weapon camos, 3 character customisation items, and an XP booster. The physical version of The Deluxe Edition will also include 2 extra physical items: an in-game map of Bolivia and the original soundtrack of the game.

The Calavera Collector’s Case, exclusive to the Uplay Shop, includes all the equipment needed to operate as a Ghost deep inside the Bolivian wildlands to take down the vicious Santa Blanca cartel. This includes the Gold Edition alongside the Ghost’s Audio Headset replica, a fully functional headset for PlayStation 4, Xbox One* and PC. Last but not least, the Collector’s Case also contains a Santa Blanca Cartel Skull, an in-game map of Bolivia, the original soundtrack of the game, a Bolivian carrying pouch, and 3 postcards of Bolivia.

Pre-order the game now to receive “The Peruvian Connection,” a bonus mission in which they will embark on a perilous journey through the high mountains of Bolivia to break the alliance between the Santa Blanca and the Peruvian Cartels.

Tom Clancy’s Ghost Recon: Wildlands will release sometime in 2017 for PC, PS4 and Xbox One. 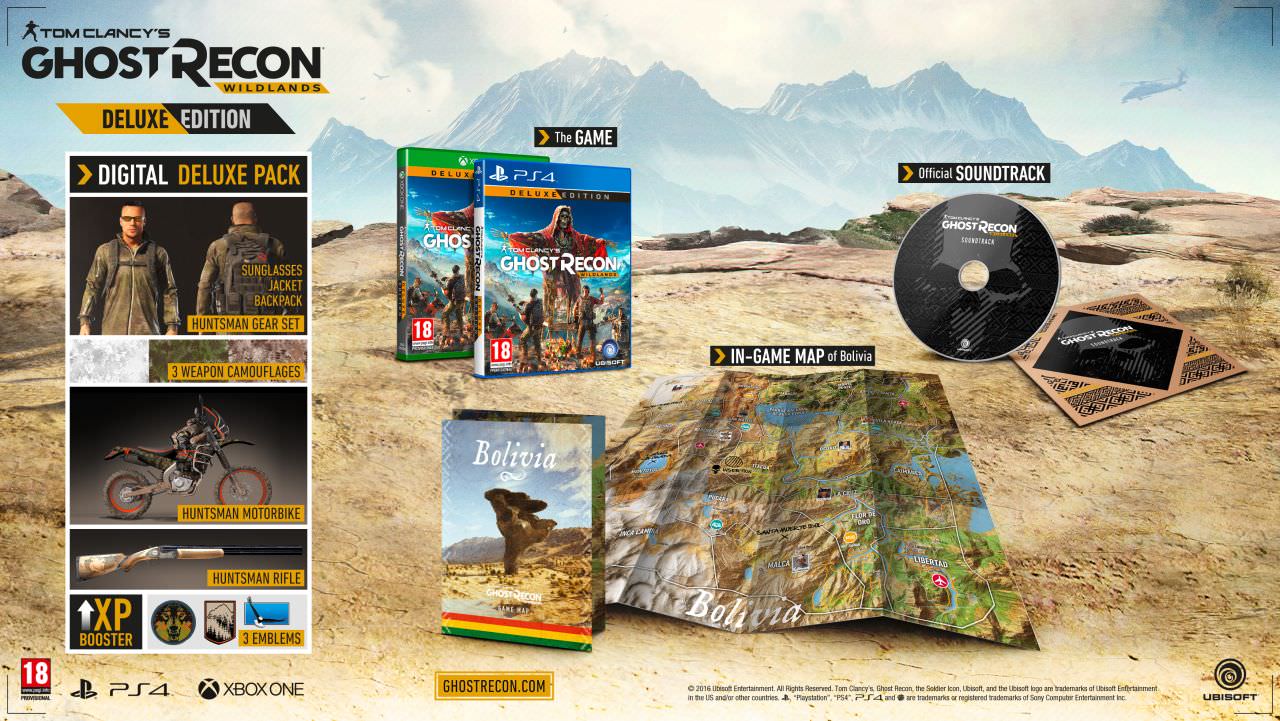 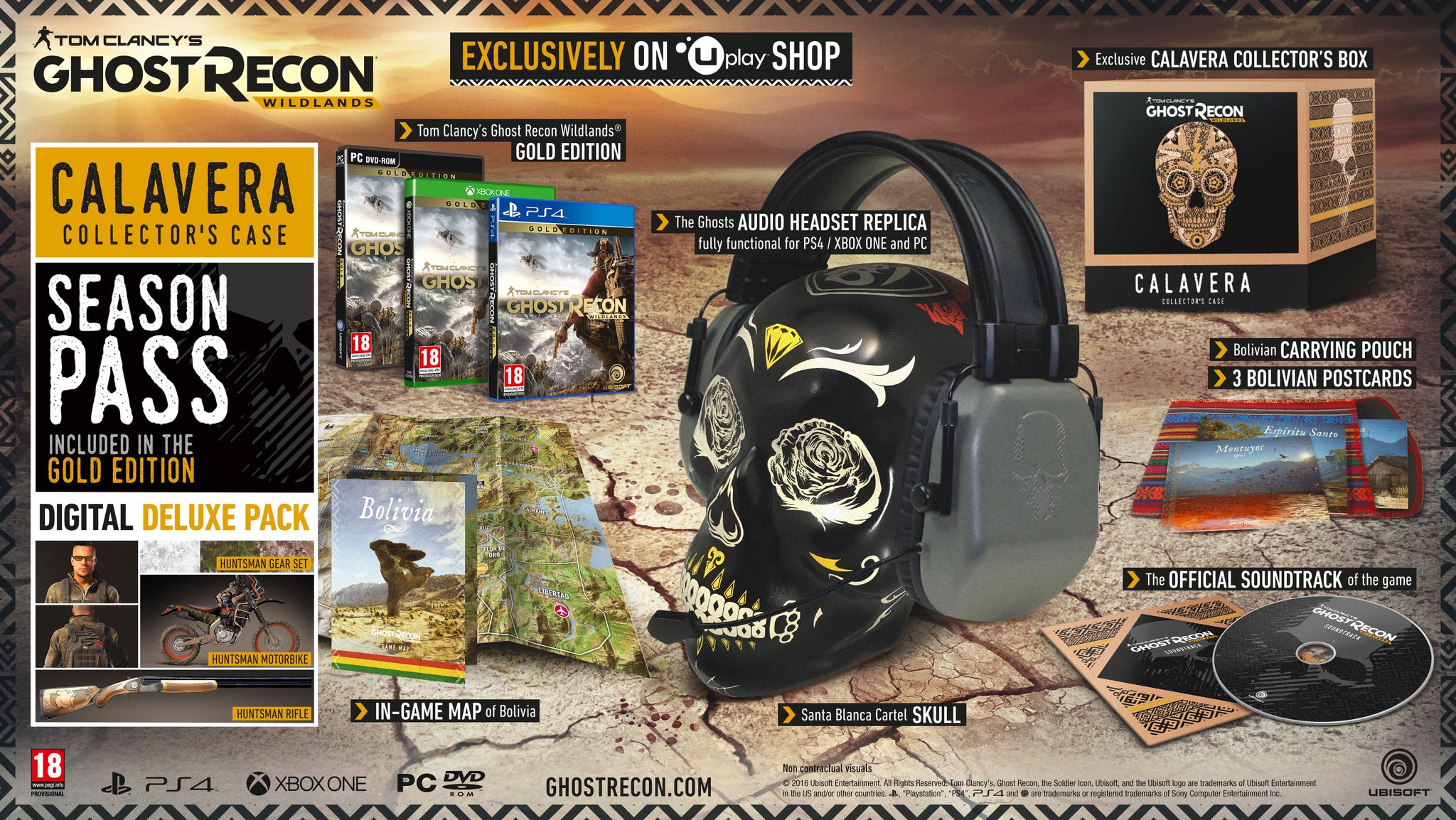 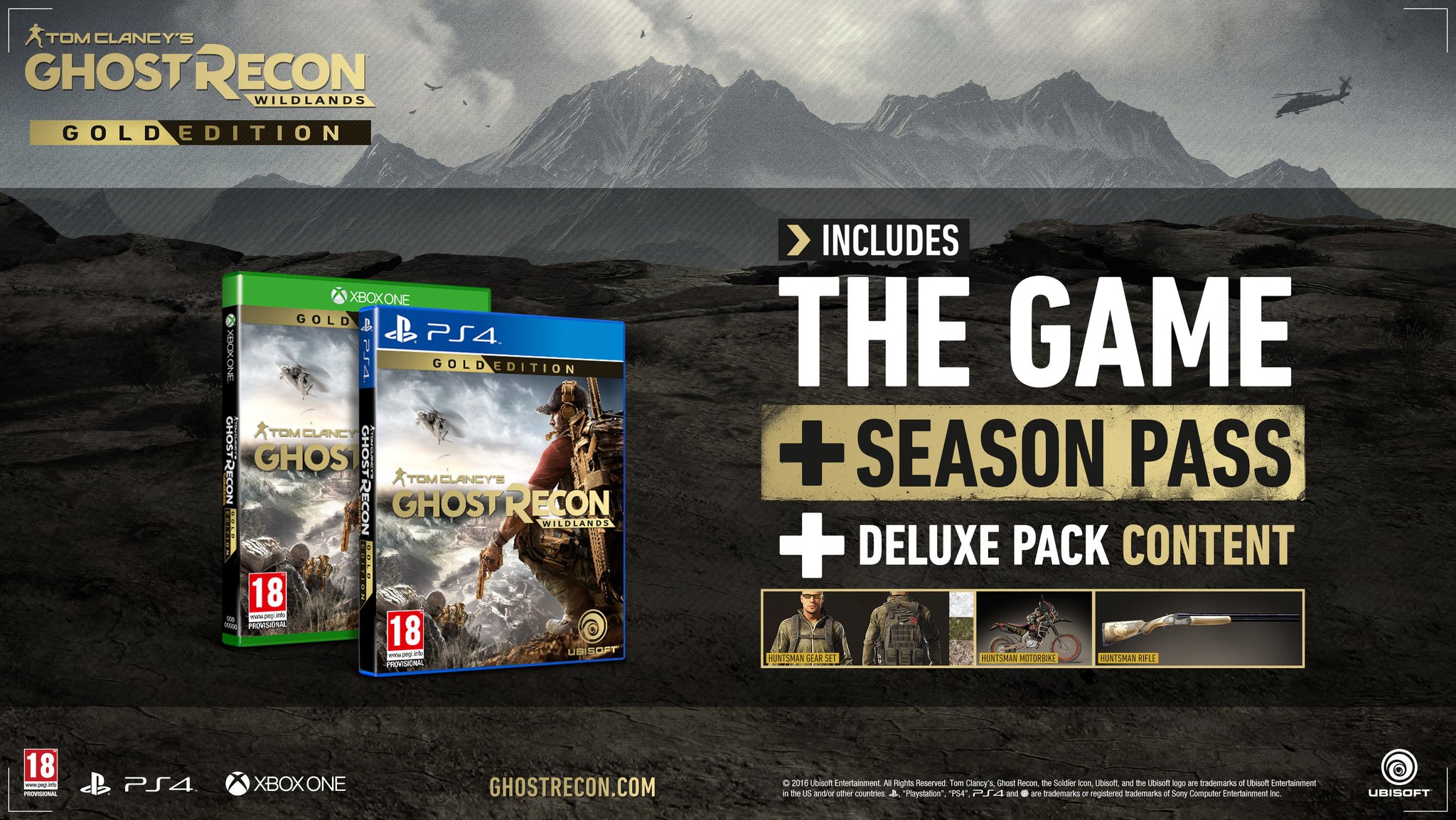 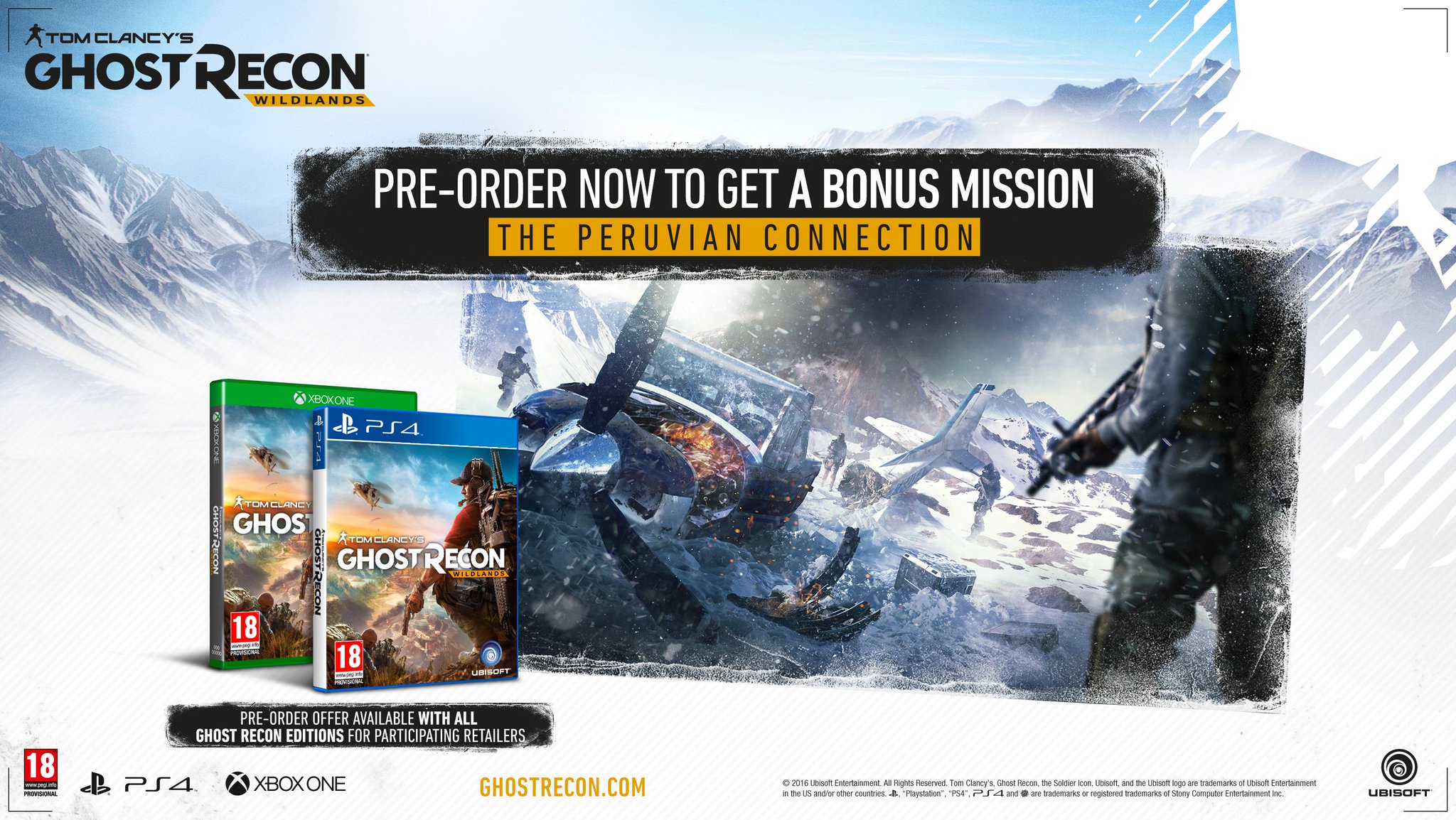