In the trailer, get a glimpse at Ryan Reynolds as a Non-player character (NPC) after the jump:

Premise:
“In the open world video game Free City, an amalgamation of Grand Theft Auto and Fortnite, Guy (Reynolds) is a non-player character (NPC), working as a bank teller.

Thanks to a code developed by programmers Milly (Comer) and Keys (Keery) inserted into Free City by the publisher Antoine (Waititi), Guy becomes aware of his world being a video game, and takes steps to make himself the hero, creating a race against time to save the game before the developers can shut it down.”

Directed by Shawn Levy, from a screenplay by Matt Lieberman and Zak Penn, and a story by Lieberman. 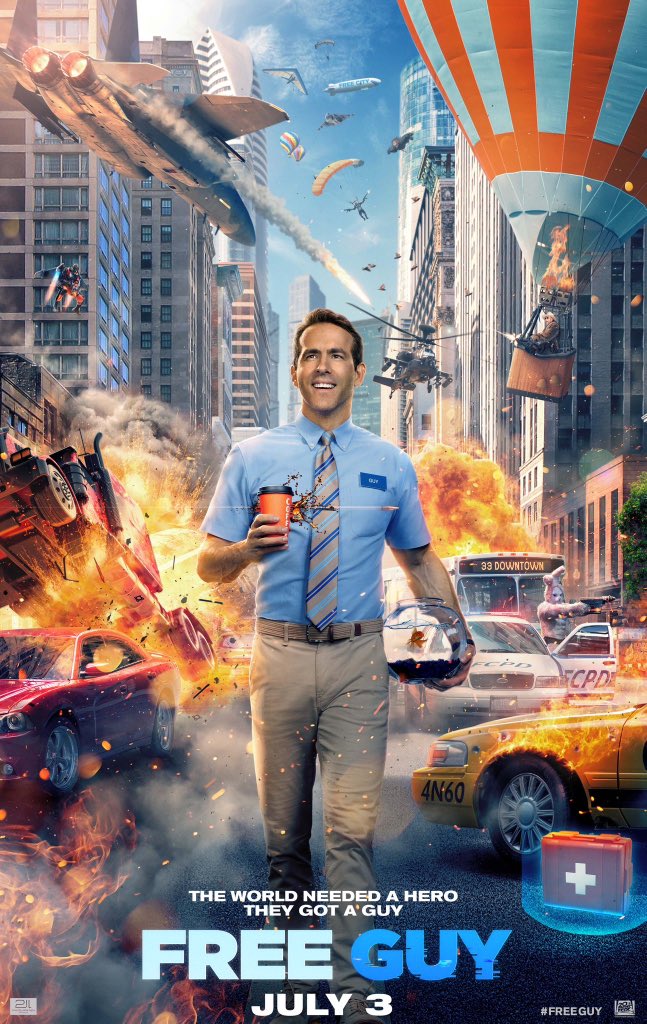