The trailer gives us the first look at Dani Rojas. “From forced Yaran army recruit to guerilla leader, become Dani Rojas and fight a corrupt regime to restore the island nation of Yara.”

“In Far Cry 6, you play as Dani Rojas, a native Yaran and military dropout desperately trying to flee their home country.

Despite Antón’s ruthlessness, Dani’s unique ability to stay alive and fight back leads them right into the heart of the revolutionary group Libertad, led by their charismatic leader Clara Garcia.

Clara’s love for her people and passion for her cause convince Dani to stick around and join the resistance, eventually introducing Dani to Juan Cortez, a guerrilla spymaster who specializes in unsettling governments and toppling dictators.

If Clara is the heart and soul of the revolution, Juan is its body and mind. He embodies the “resolver” spirit of the revolution and can help Dani build just about any weapon needed to fuel it.

Juan Cortez is many things: a master of invention, an architect of revolution, a mentor of revolutionaries, and a bit of a writer, having self-published a guerrilla rulebook about how to win a revolution.

If you’re going to have any hope of taking down Castillo’s corrupt regime, you’ll have to take a page or two out of Juan’s book.”

Overview:
“In Far Cry 6, players are immersed in the adrenaline-filled, chaotic world of a modern-day guerrilla revolution.

Welcome to Yara, a tropical paradise frozen in time. As dictator of Yara, Anton Castillo is intent on restoring his nation back to its former glory by any means, with his son, Diego, following in his bloody footsteps.

Become a guerrilla fighter and burn their regime to the ground. As Dani Rojas (playable as a female or male character), you will help stoke the fires of revolution through guerrilla warfare across the island of Yara, from verdant jungles to the urban streets of the capital city, Esperanza.

As President Castillo prepares his son Diego, played by Anthony Gonzalez (“Coco”), to succeed him, you will do all you can to ensure his plans don’t come to fruition.”

Far Cry 6 is set to be released on October 7, 2021, for Amazon Luna, Microsoft Windows, PlayStation 4, PlayStation 5, Xbox One, Xbox Series X/S, and Stadia. 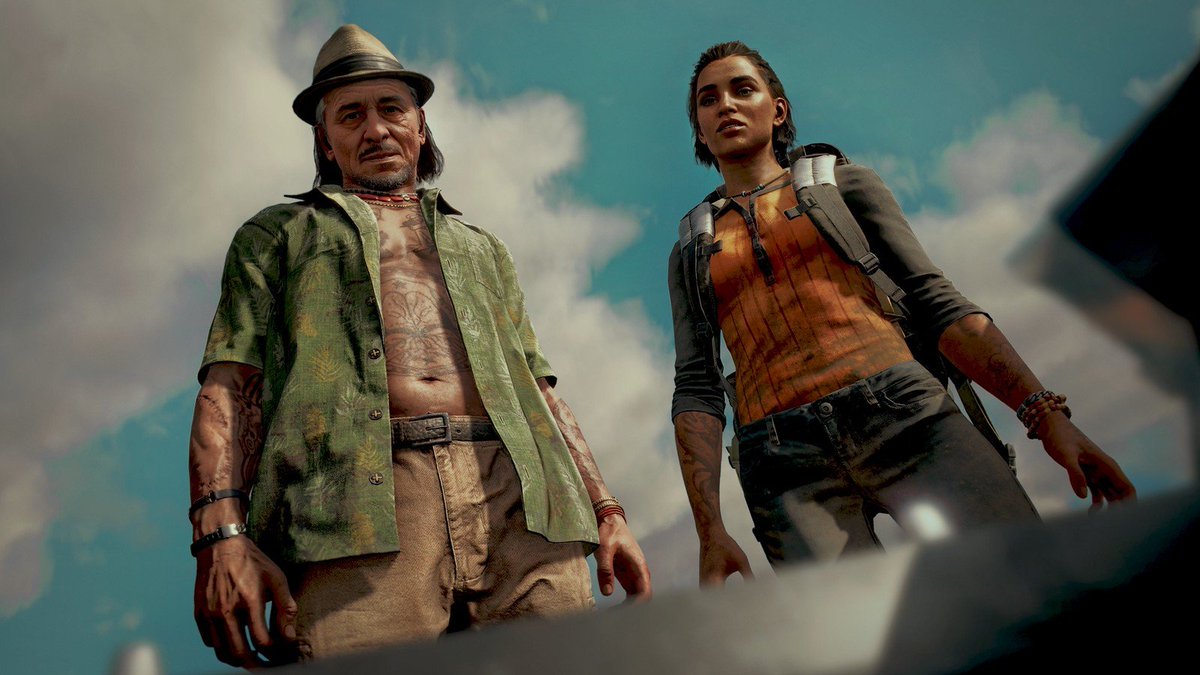