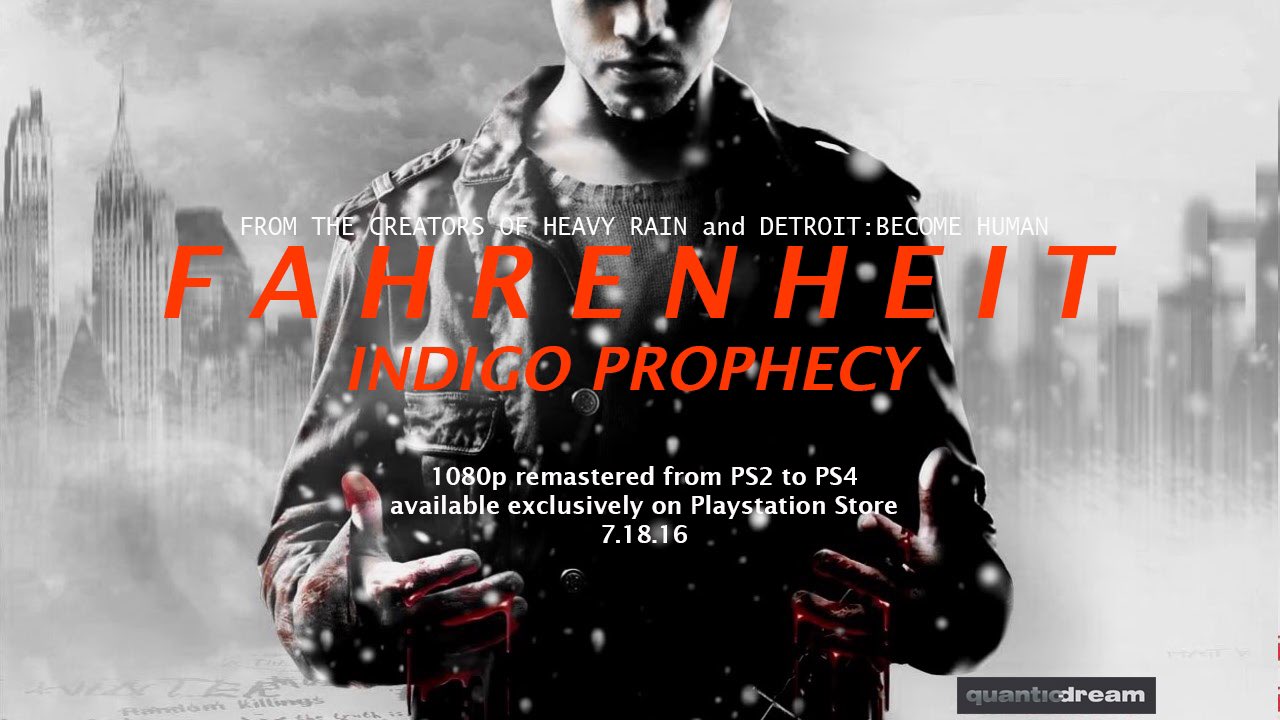 This is just part of the PS2 classics on PS4 not a full-fledged remaster, it will feature Trophies.

Originally released in 2005, Fahrenheit (known as Indigo Prophecy in North America) was a breakthrough in interactive narrative, teetering between the worlds of cinema and gaming while also embracing them, carving its own unique genre in the entertainment landscape.

Fahrenheit: Indigo Prophecy 1080p remastered will release (as Fahrenheit in Europe) for PlayStation 4 via the PlayStation store worldwide on July 18 for $14.99.