The film is based on the Marvel Comics race of the same name, it is intended to be the 26th film in the Marvel Cinematic Universe (MCU).

Watch the first Eternals teaser in the player below followed by the poster!

The epic story, spanning thousands of years, features a group of immortal heroes forced out of the shadows to reunite against mankind’s oldest enemy, The Deviants.”

Written and directed by Chloé Zhao, with Patrick Burleigh also contributing to the screenplay.

Principal photography began in July 2019 at Pinewood Studios, England, with Zhao able to use her own style and film more on location than previous Marvel Studios films.

Filming continued until February 2020, with other locations including London and Oxford, England, and the Canary Islands.

Eternals is scheduled to be released in the United States on November 5, 2021, as part of Phase Four of the MCU. 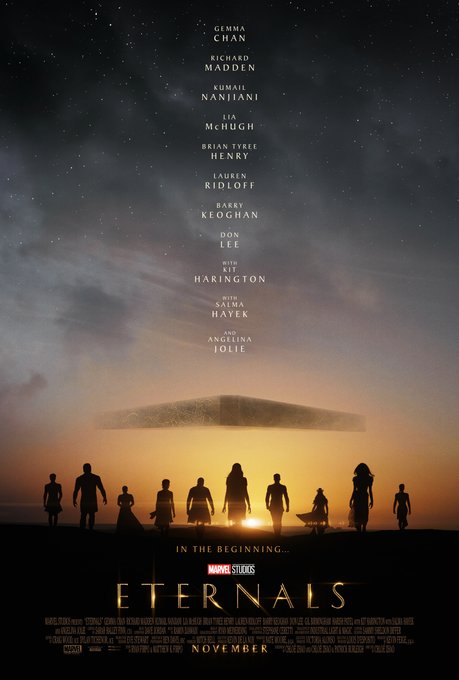