The gameplay footage shows Noctis and his friends fighting the Titan, get it after the break: 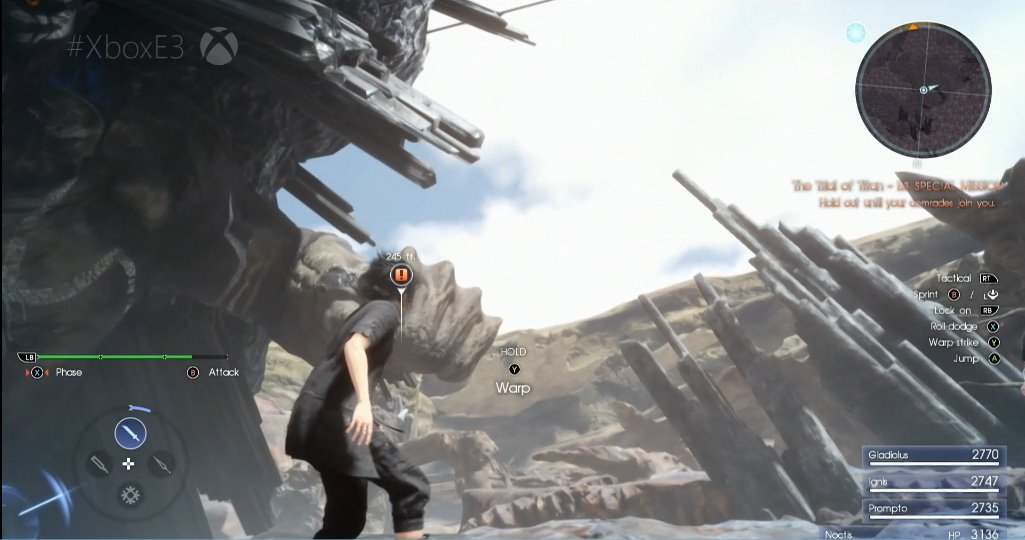