Pierce Brosnan‘s Doctor Fate poster gives us the first glimpse at the member of Justice Society of America, check out the poster below! 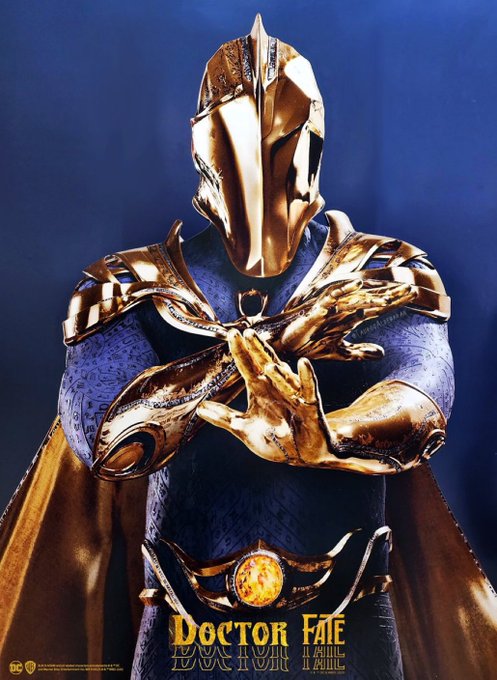 Synopsis:
“Nearly 5,000 years after he was bestowed with the almighty powers of the ancient gods—and imprisoned just as quickly—Black Adam (Johnson) is freed from his earthly tomb, ready to unleash his unique form of justice on the modern world.”

The film is intended to be a spin-off from Shazam! (2019) and the 11th film in the DC Extended Universe (DCEU).