The new trailer shows off brand new gameplay, witness the chaos in the player below!

Here’s the rundown from the press release:

“The Showcase is a live-action pulp-adventure, starring three fictional characters, set in a similar universe to Dead Island 2.

With the military long gone, it follows these fearless survivors in their search for a safe haven from the virus outbreak and zombie hordes.

As they roam the supposedly abandoned mansion of local video game and movie producer in Los Angeles’ Hollywood Hills, they’ll soon discover that nowhere is safe.

Witness our unique gore tech, upgradable weapons and combat system, and of course the gruesome zombies, as the slayers show you around their stylish, sun-baked zombie-smashing playground.

All the usual tourist attractions are featured, from Beverly Hills to the shores of Santa Monica – even the Hollywood sign is ablaze – a true showcase of where paradise meets hell in Dead Island 2.

The game’s brutal combat is revealed in all its glory with slicing, kicking, stomping and burning using katanas, machetes, swords, hammers, guns and more. Dead Island 2 features the Fully Locational Evisceration System for Humanoids (F.L.E.S.H.), cutting-edge technology designed to deliver the most gruesome zombie experience ever seen in a video game.

Plus, see how weapons can be improved with upgrades and add-ons, and how players can exploit their zombie infection releasing devastating powers.

Another surprise inside the showcase is a sneak peek into Alexa Game Control, which allows players to perform in-game actions using their voice, launching on Dead Island 2 on Xbox and PC, in English in the United States, Canada and the United Kingdom.”

Currently available to pre-order is the highly covetable Dead Island 2 Limited Edition – the HELL-A Edition is full of unique items from the game’s world to further the immersion of every Dead Island fan.

Players who pre-order any edition of Dead Island 2 will receive the Memories of Banoi Pack, featuring two unique weapons that celebrates the original Dead Island game and a special skill card.

Furthermore, there’s a stunning hand-painted resin collector’s figurine of Amy, chilling in the iconic Burger 66 diner after a zombie slaying session. This standalone, premium figurine is available to purchase exclusively from Deep Silver at www.DeadIsland.com.

The Memories of Banoi Pack includes: 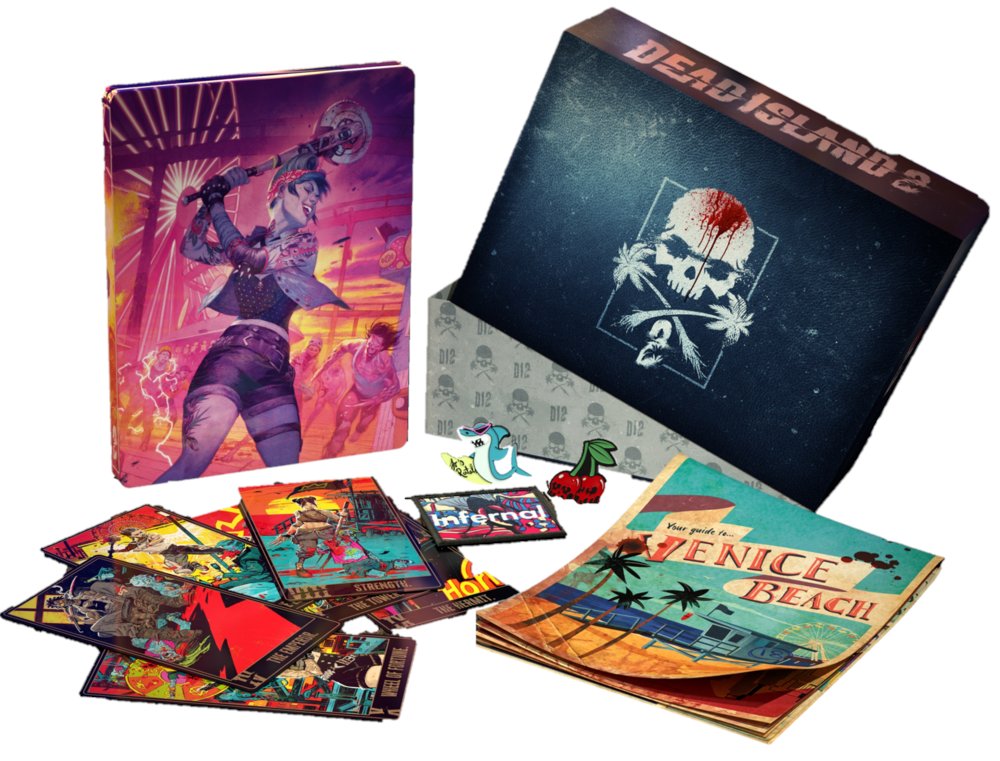