The Justice League art gives us a glimpse at Ben Affleck’s Batman, Henry Cavill’s Superman, Gal Gadot’s Wonder Woman, Jason Momoa’s Aquaman, Ezra Miller’s Flash and Ray Fisher’s Cyborg, check it out below and let us know what you think: 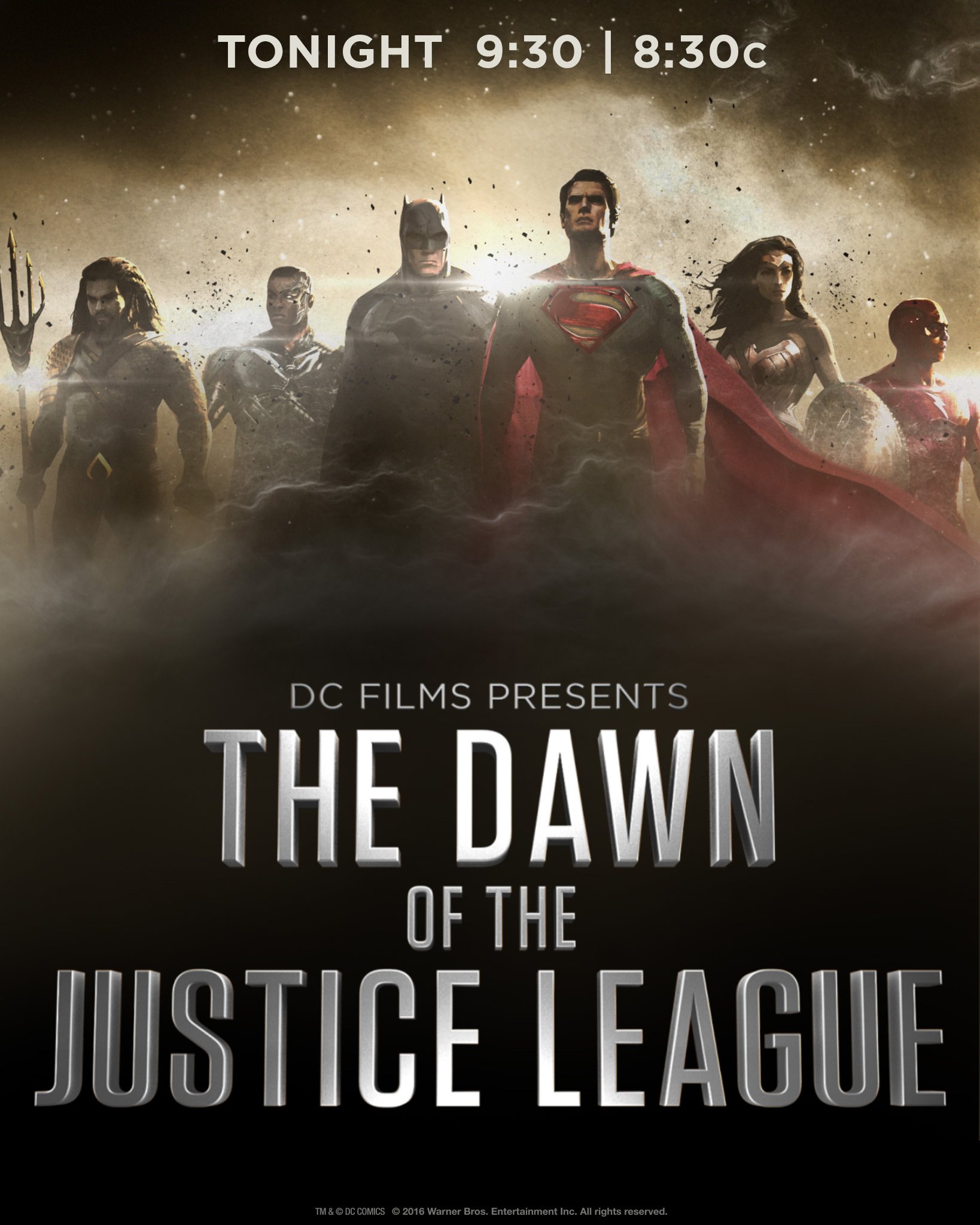 We will have more from DC Films Presents: Dawn of the Justice League tonight at 9:30/8:30c on The CW, The TV special gives us some behind the scenes footage, new trailer and a lot more, stay tuned!