Check out Captain Marvel Super Bowl Spot after the break, followed by the poster at the end of the post!

Synopsis:
“Based on the Marvel comic character first appearing in 1968, the story follows Carol Danvers as she becomes one of the universe’s most powerful heroes when Earth is caught in the middle of a galactic war between two alien races.

Set in the 1990s, Captain Marvel is an all-new adventure from a previously unseen period in the history of the Marvel Cinematic Universe.” 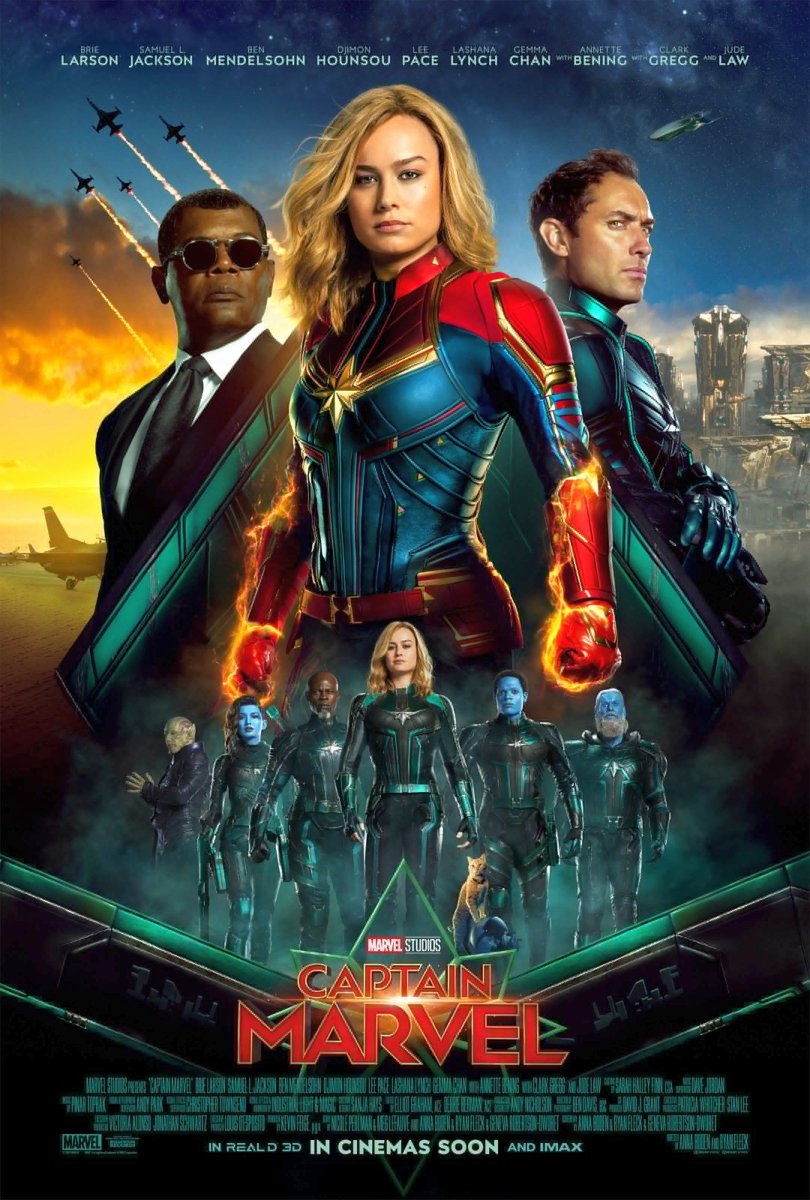