“Over two years in the making, Sledgehammer Games delivers a gritty, personal experience in the setting of the largest worldwide conflict in history to a new gaming generation in Call of Duty: WWII.

Play through the story of ordinary men turned soldiers in the 1st Infantry Division as they fight to preserve freedom in the face of tyranny.

The game will be the 15th main installment in the Call of Duty series.

“Call of Duty is making a dramatic return to the greatest military conflict in history and where the franchise first began, World War II.

On Friday, November 3, Call of Duty: WWII players will enlist in an unforgettable journey of brotherhood across the European theater in a mission vital to the success of the Allied powers.

Published by Activision and developed by Sledgehammer Games, Call of Duty: WWII defines the World War II game experience for a new generation of consoles.

“More than two and a-half years ago we made the decision to return this franchise to its roots, and Call of Duty: WWII does so in epic fashion,” said Eric Hirshberg, Activision CEO.

“The team at Sledgehammer Games is delivering an authentic, gritty, cinematic experience that honors both the epic scale, and the human struggle of the greatest war the world has ever known.

This game will let longtime fans experience World War II like never before, and will introduce this historic conflict to a whole new generation of gamers in the process.”

“Call of Duty: WWII has been a journey of inspiration and passion for everyone at Sledgehammer Games. The team is dedicated to delivering on the intense nature of war that focuses on the heroism and sacrifice of soldiers in WWII.

Our rich narrative driven, action-packed campaign, and engaging and innovative multiplayer experience immerse players into the boots of a soldier fighting for freedom in a world on the brink of tyranny.

And, our co-operative mode delivers a unique storyline that’s an all-new take on Nazi Zombies that we think fans are going to love,” said Michael Condrey, Studio Head and Co-Founder of Sledgehammer Games.

Added Glen Schofield, Studio Head and Co-Founder of Sledgehammer Games, “The story we’re telling is unlike anything that we’ve tackled before.

It’s such an amazing journey of common everyday people who became heroes. We want to respect this great generation of soldiers, tell a realistic story set in a true inflection point in human history, and deliver the best experience of our careers.”

Welcome to the Fighting First
No mission too difficult. No sacrifice too great. Duty first! Call of Duty: WWII focuses on the actions of a squad from 1944 to 1945, but will also touch on events from 1940 to 1944 to help set the stage for the narrative and establish the characters.

It takes place in the European theater of conflict, at a time when the Allied forces were finally starting to gather strength on their march into Germany. You and your squad will fight your way through occupied France, Belgium, and across the Rhine into Germany.

The Front Lines and Beyond
Highlighting the diverse ensemble cast, players will also encounter the French resistance movement, featuring strong and vibrant characters who were fighting for their homeland even after all seemed lost. The game takes players from the beaches of Normandy to the liberation of Paris and beyond, across a variety of heart-racing engagements and epic battles.

To complement today’s gameplay reveal trailer and touch on more of the action that is coming in Call of Duty: WWII, here’s a few insights on two of the missions from the Campaign:

There will be a Multiplayer reveal for Call of Duty: WWII at E3, which will take place in Los Angeles from June 13-15. You won’t want to miss it.

Multiplayer elements coming to Call of Duty: WWII include:

“Call of Duty: WWII takes the franchise back to its roots in a bold cinematic experience that captures the unforgettable heroism of the soldiers who fought together in a war that changed the world forever.

Activision’s gripping new title is an honest portrayal of World War II from the perspective of the famed 1st Infantry Division, with an ensemble cast of global and diverse characters.

Through stunning visuals and intense audio, players storm the beaches of Normandy on D-Day, march across France to liberate Paris and ultimately push forward into Germany in some of the most monumental battles of all-time.

Call of Duty: WWII Multiplayer combat immerses players in grounded, fast-paced action featuring an arsenal of authentic weapons and equipment, set in some of the most iconic locations in World War II’s European theater.

Multiplayer also delivers a new approach to character and create-a-class through Divisions, War, an all-new narrative multiplayer mode of play, and Headquarters, a first of its kind for the Call of Duty social community, designed for players to interact and socialize with friends.

Pre-orders at participating retailers include access to the Private Beta, available first on the PlayStation 4, scheduled for later this year. 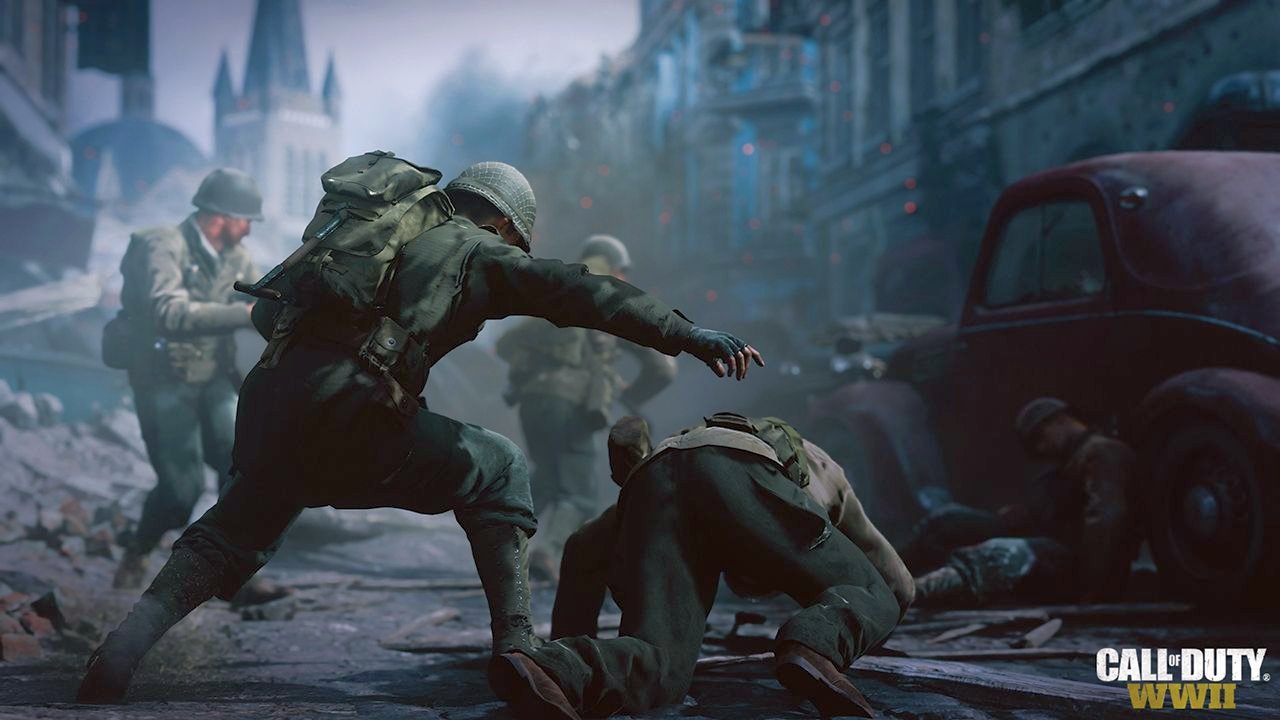 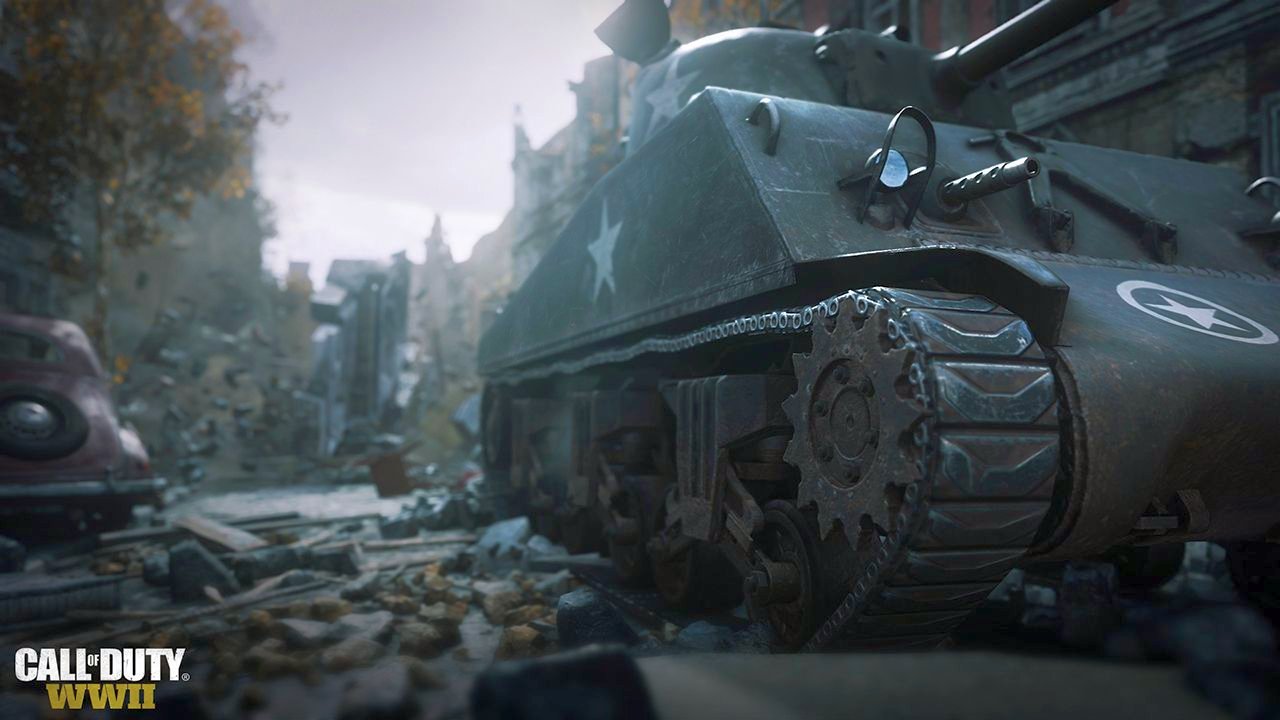 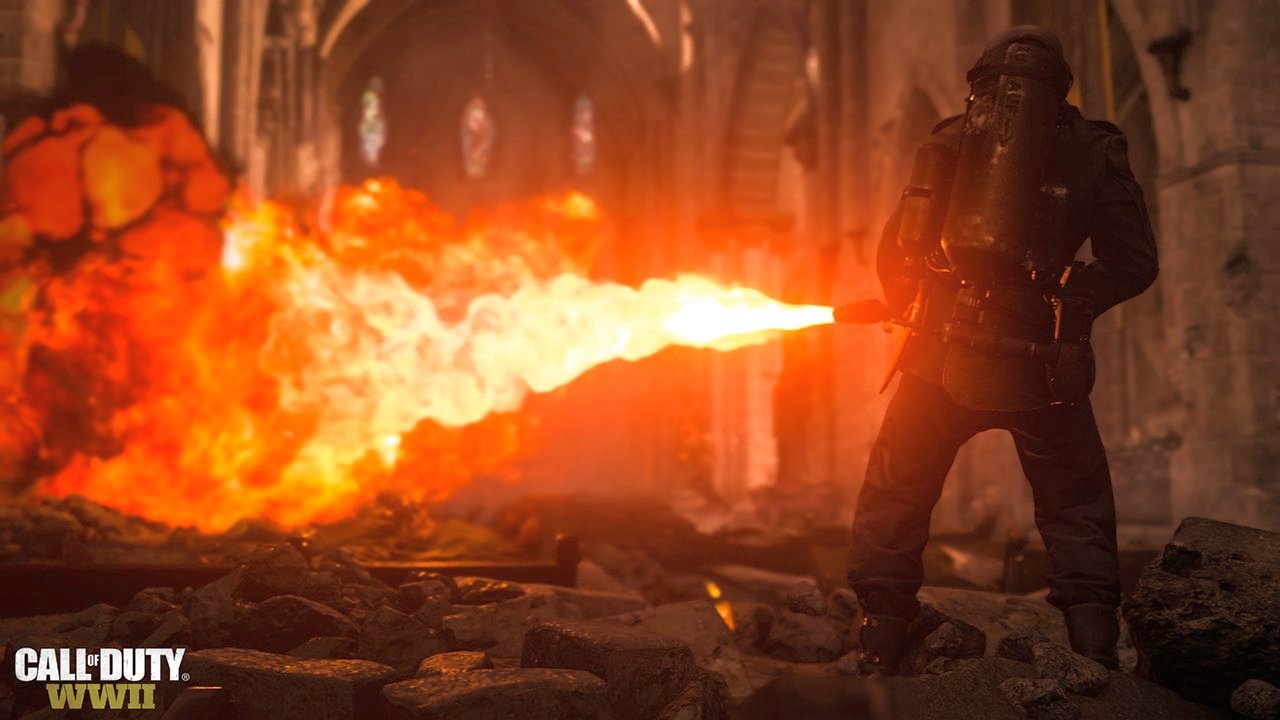 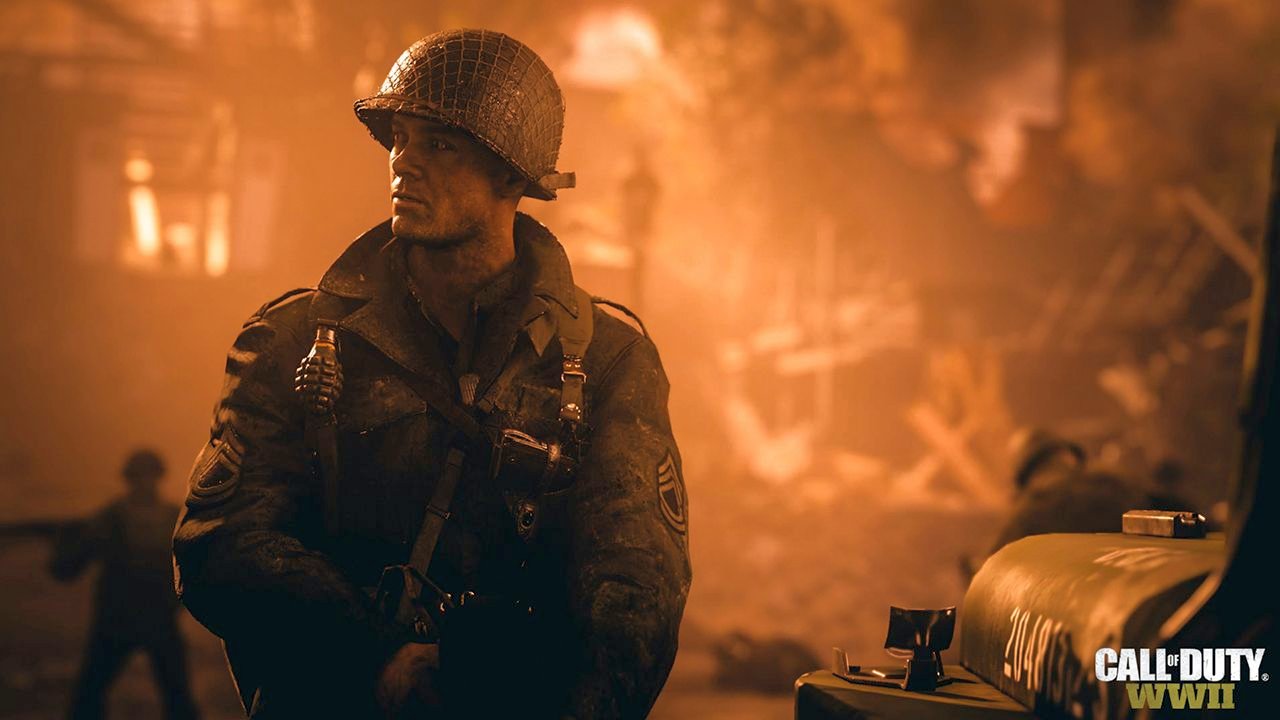