BioShock: The Collection Rated By ESRB

Following the rating in Brazil and Taiwan, Irrational Games & 2K Games’ BioShock: The Collection has been rated by the Entertainment Software Rating Board.

The collection is yet to be announced, but ESRB rating revealed the description: 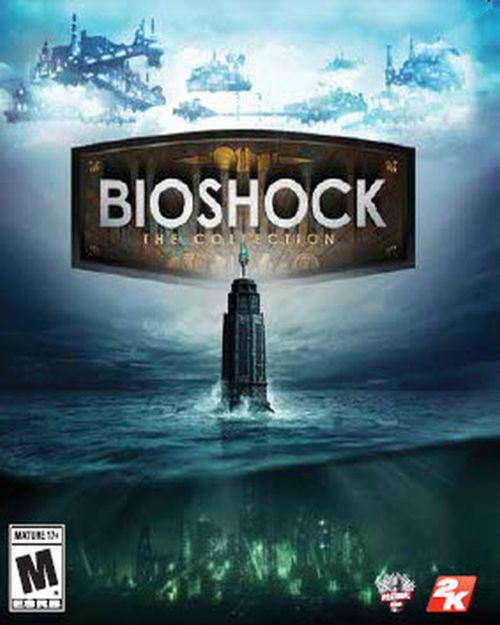 “This is a collection of three first-person shooters in which players assume the role of characters uncovering the mysteries behind the dystopian societies of Rapture and Columbia. As players explore each city, they use shotguns, machine guns, rivet guns, and rocket launchers to kill mutated citizens and enemy soldiers.

Players can also use special powers (e.g., telekinesis, fire blasts, electric bolts) to kill enemies as well as a three-pronged hook to dismember and decapitate them. Large blood-splatter effects occur as enemies are injured; pools of blood can be seen around corpses.

Cutscenes also depict intense acts of violence: characters shot in the head at close range; a woman smothered to death with a pillow; a man impaled by a drill; a character nearly lobotomized with surgical tools.

The game references sexual material in the dialogue (e.g., “I think yeh gave me the clap, ya dirty boy,” “Gonorrhea! That’s what you’ll get,” and “Sexual intimacy is no different from any other commodity friend. You sell soybeans I sell companionship.”).

During the course of the game, players can consume alcoholic beverages, resulting in a screen-blurring effect; a handful of scenes depict children smoking cigarettes.

Looks like 2K Games will make an official announcement at E3 2016, what do you think?

BioShock: The Collection includes the original BioShock, BioShock 2, and BioShock: Infinite for PC, PlayStation 4 and Xbox One.