[Intro]
Yeah, woah, woah
I just been feeling like, it’s all clickin’, ya know?
Hit-Boy
Like it’s all working out, and I’m ’bout to work out
Colossal
B.I.G, look

[Verse]
The universe been throwing me all the signs except stop it
Niggas been plotting on me, but here’s the plot twist
I can’t throw fits no more unless it’s profits
Lord, why you keep boxing me in, ’cause I’m God’s gift?
I might set my mic back up in the closet, though
Just to give myself that same feeling from ’04
When my hunger was more, advice to you and yours
They say it’s over for you, that’s when you go overboard, okay?
Shit, I didn’t take a break, my nigga, I broke
Broke my heart, broke my soul, don’t cry for me though
If you don’t break nothing down then it’s no room to grow
One mental block lead to another, shit it’s dominos
Mixtape Sean, but I’m in album mode, ooh
She give me praise, I love her angel face
Ass so fat she could work at TSA (Damn)
I went to school at Cass, Aaliyah went to DSA a mile away
Just letting you know the types of kings and queens my city make and I probably need a parade
All the soldiers with me, this shit like green beret
So legendary, I’ma probably need a day (June 29th)
Forgot I already got one, be dammed if I’m not one
You talking ’bout the hottest in the city, most influential rappin’ ass niggas and I’m the top one
Me and Em’ knocked down doors for y’all that was locked once
I know they may never get me, I still put on for the city like the Lions first round picked me
I ain’t been fucking I been too busy, I got two phones they both business, I got fake ones tryin’ to end me
I got real ones gon’ defend me like a fucking co-defendant
I got Don Life on my pendant, I’m conditioned to do the distance
And I just set up the pensions, family set like my intentions
Been balancing trying to keep my company with the girls who wanna keep me company
You know the ones who claim they over me but would much rather be under me
Is confident and been through too much just to be done with me
And you know that shit gets stressful right?
Shit taxing, the same thing that got Wesley Snipes
And you know how I’m rocking, rocking Elvis Presley white
You know highlight reelin’
All highlights like we sitting on top of museum ceilings
No more resisting
If you ain’t on my frequency, you out of tune and not tuned in
To break the unbreakable, escape the unescapable
‘Til you push your fucking limits, you don’t even know what’s capable
Fuck that shit that you believe in, I believe in me
Talkin’ on they phones and PC like they off that PCP
Bitch, I spit that Eazy-E, face to face, Smack DVD
I don’t got no time for hanging out and all that E-T-C
Just cut the check, C-T-C, Godbody my physique
I can look inside your eyes and know exactly what you mean
Fuck you mean? Energy the first language that I speak
No facade, I belong in the Palace of Versailles with a queen by my side
In this hot girl summer, I’m just trying to find a wife
Visualizing from every island that’s on Hawaii
With my team on each side, like ha-ha-ha-ha-ha
With the last laugh like Kawhi
And you know that you that one when you beat all the other odds
I keep one foot planted at home and the other one on a swivel though
Gotta keep ’em both ’cause this shit get way too pivotal
All the work is analog, all the payment digital
When tempers tend to flare up, I’m the one to be cool since preschool
I know which ones that’s been rocking with me, dawg, since the prequel
Just be cool
I know your favorite one, dawg, I’m ’bout to drop the sequel
Nigga, this just the preview
Don

[Outro]
Strike to claim it, a strike to claim it
And he got it
Goddammit, yes, that is why I did it
Another five, are you kidding me?
That’s right
Who do you think you are?
I am

Produced by HIT-BOY, KeY Wane and The Tucker Brothers. 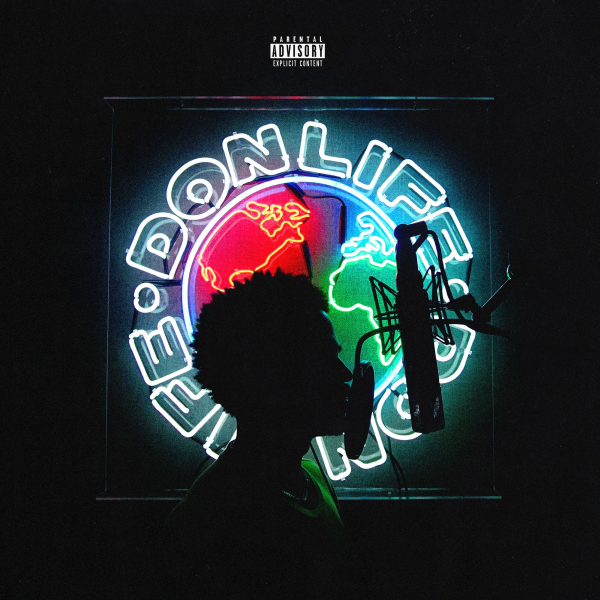