Directed by Timur Bekmambetov, written by Keith Clarke and John Ridley. Based on the 1880 novel Ben-Hur: A Tale of the Christ by Lew Wallace and has been termed a “re-adaptation”, “reimagining” and “new interpretation” of the novel.

Prior film adaptations of the book include the 1925 and the 1959 films of same name.

He survives years of slavery under the Romans and attempts to get revenge by challenging his adoptive brother in a grand chariot race while being forever changed after a series of encounters with Jesus of Nazareth.” 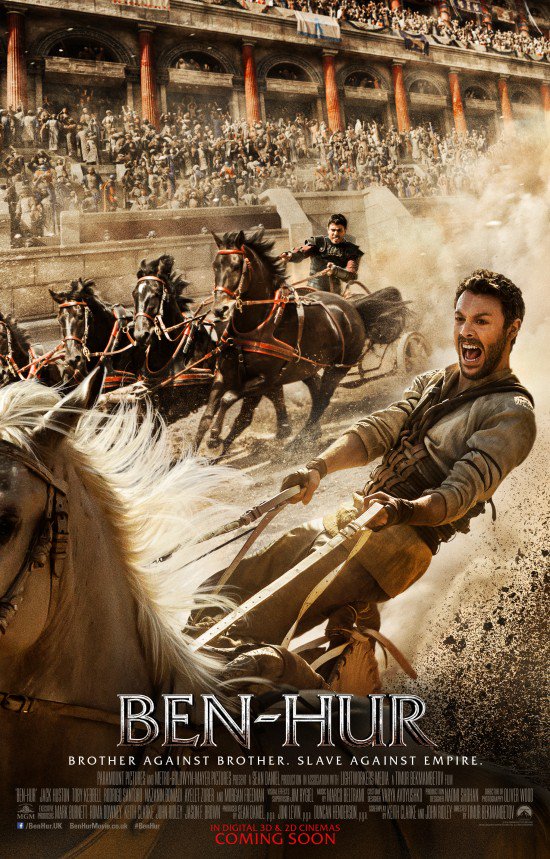