After teasing it for couple of days, EA DICE has finally released Battlefield V War in the Pacific trailer.

We fought on land since the release, now it is time to move the battle to Pacific Ocean, relive the moments from previous Battlefield games and get a glimpse at the amphibious assaults and all-out warfare after the break:

“Think back to where it all started for the Battlefield franchise with Battlefield 1942 and more recently Battlefield 1943. The iconic battles via land, air, and sea on maps like Iwo Jima are memories that gamers have only found in Battlefield.

For the first time in ten years, DICE is bringing players back to the battle of the Pacific in World War 2 with Battlefield V Chapter 5: War in the Pacific.”

Overview:
“Invade the most iconic battlefields of the Pacific theater as U.S. and Japanese forces enter the fray in Battlefield V’s War in the Pacific. Fight on land, air, and sea on maps including Pacific Storm and modern takes on two absolute classic maps: Iwo Jima and, coming in December, Wake Island. Deploy with an expanded arsenal and use anything from Sherman tanks to katanas – and bring your squad to victory”

The first two nostalgic maps being released in Chapter 5 are Iwo Jima and Pacific Storm.

Iwo Jima is a highly dynamic map that has the U.S. and Japanese forces engaged in a beach landing invasion in an all-or-nothing clash across wide-open black beaches and close-range environments. Providing more water-based combat.
Pacific Storm map takes players through treacherous weather on a set of islands as they must secure control points using boats, tanks, or aircraft.

Battlefield V War in the Pacific will be available as a free update on October 31, 2019. 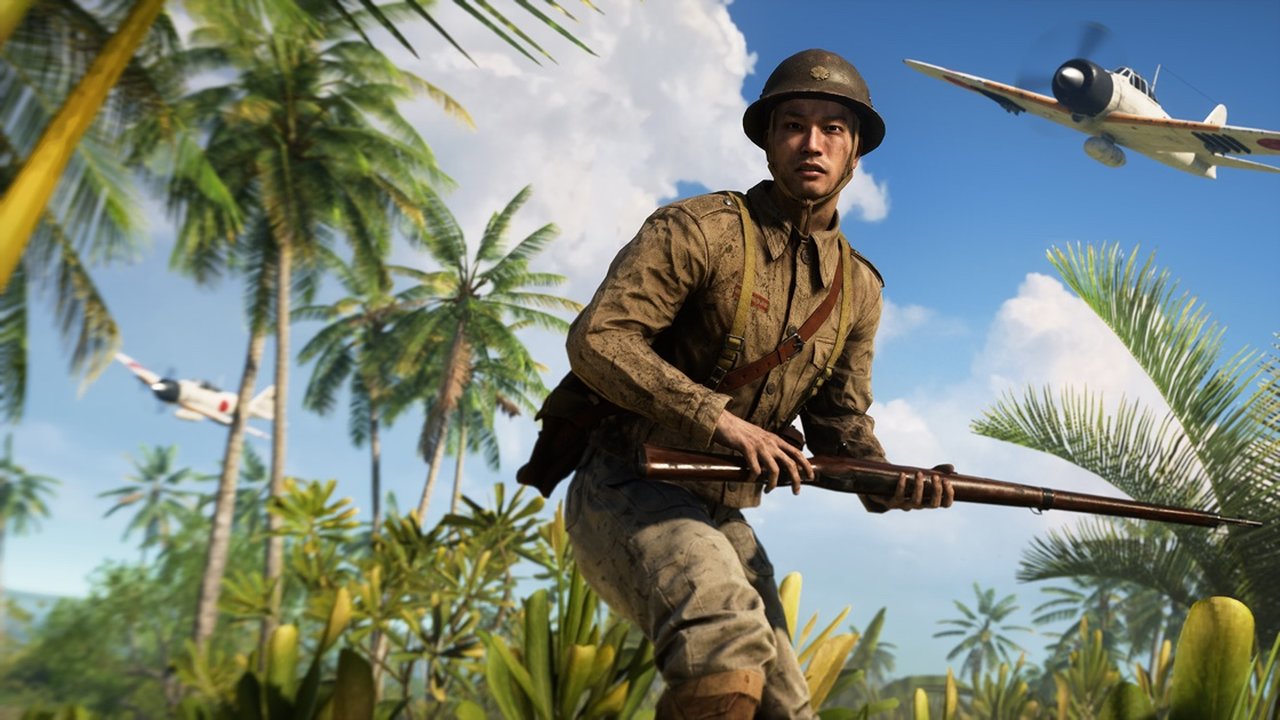 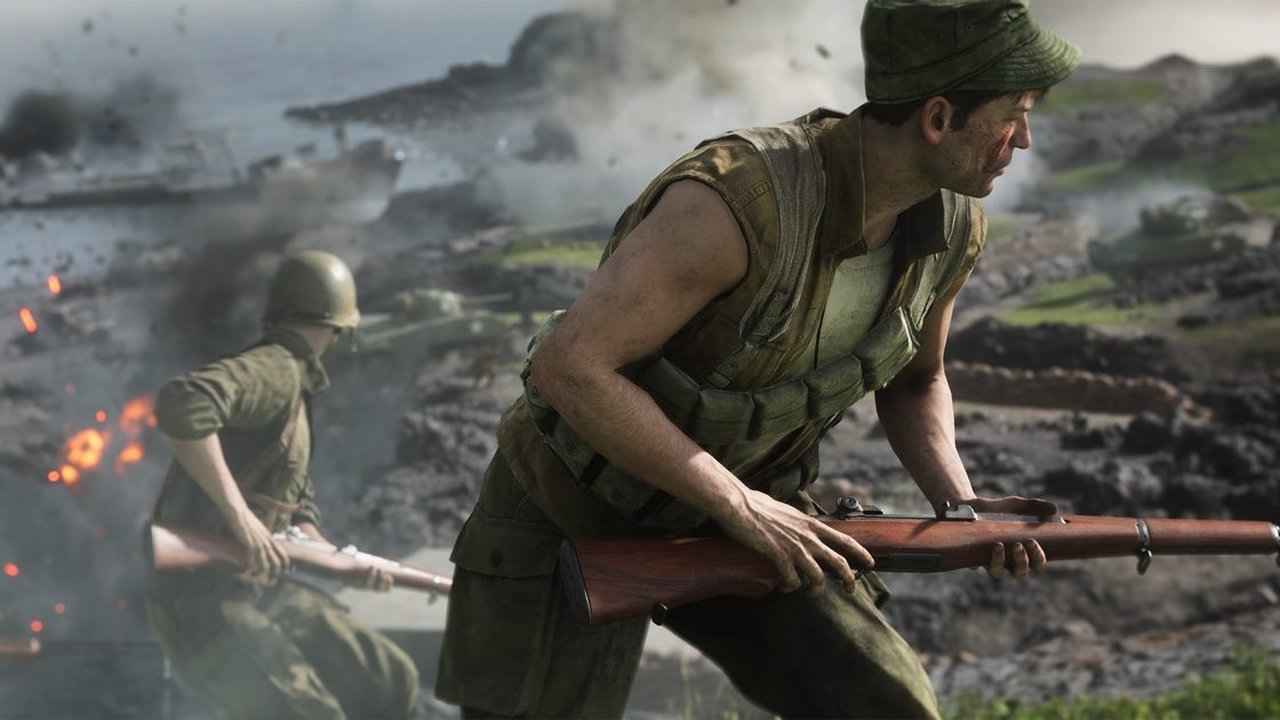 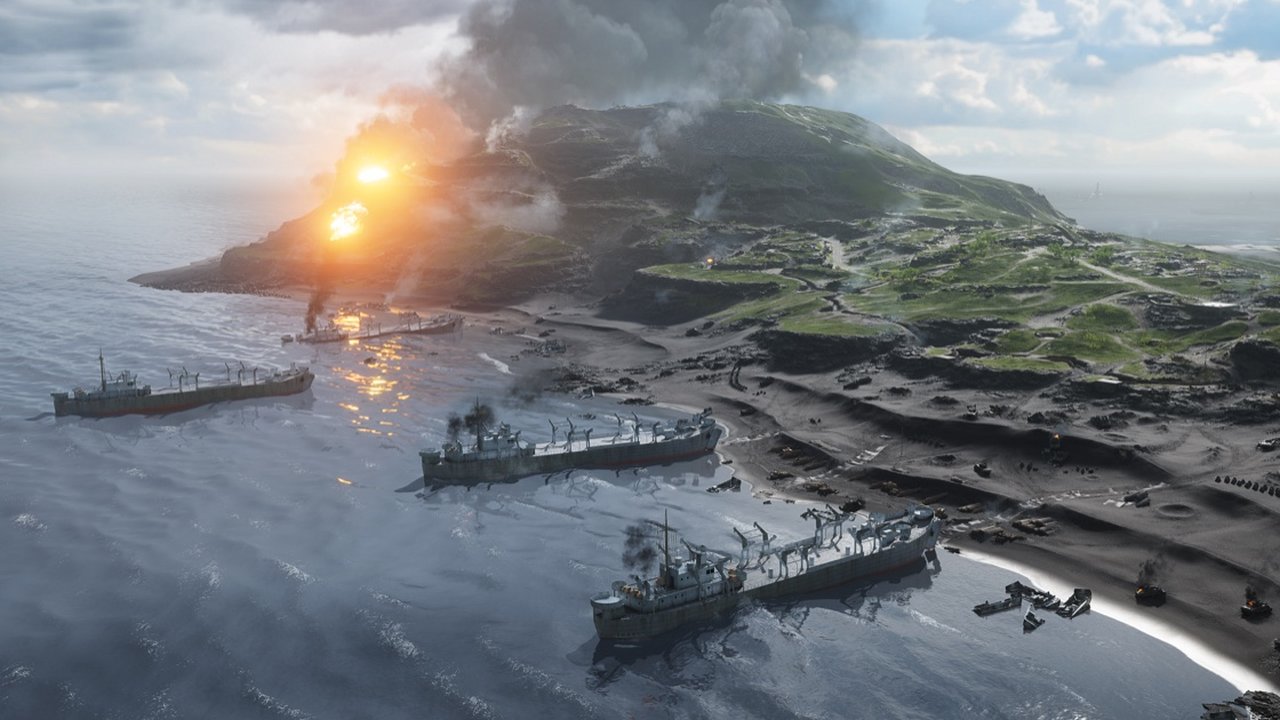