Update: WB released two new images giving us closer look at Batman’s new suit and a new art from the movie, you can check them out in the slider below: 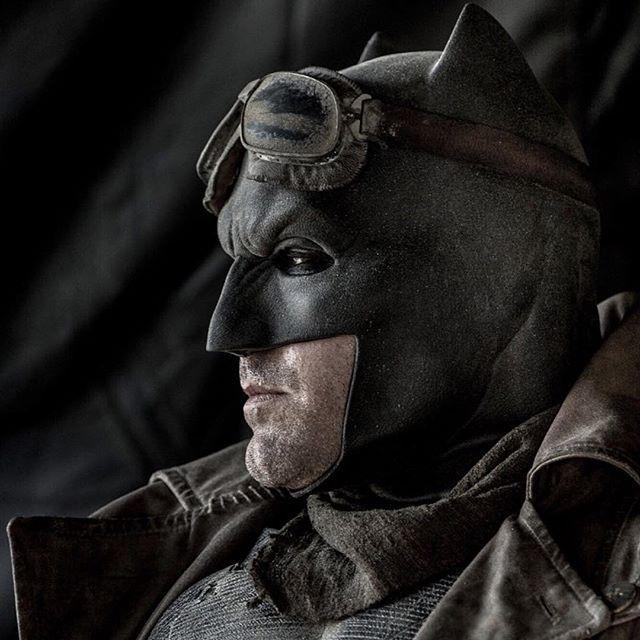 It is intended to be the sequel to 2013’s Man of Steel and the second installment of the DC Comics’ shared universe films.

Directed by Zack Snyder with a screenplay written by Chris Terrio and David S. Goyer.

Synopsis:
“Fearing the actions of a god-like super hero left unchecked, Gotham City’s own formidable, forceful vigilante takes on Metropolis’s most revered, modern-day savior, while the world wrestles with what sort of hero it really needs.

And with Batman and Superman at war with one another, a new threat quickly arises, putting mankind in greater danger than it’s ever known before.”

Batman v Superman: Dawn of Justice is scheduled to be released on March 25, 2016 in IMAX 3D.