Marvel‘s Avengers: Infinity War is currently filming in New York and we’ve got new photos from the set.

New behind-the-scenes photos with the entire cast & crew and new set photos featuring Paul Rudd as Scott Lang, Benedict Cumberbatch as Stephen Strange have appeared online, in the photos we see Rudd is on a pursuit alone & in various other photos we see Strange facing a bad guy and more, check them all below!

Additionally photos from the set giving us a glimpse at Iron Man’s new armor, including his updated chest plate, check out the photos in the gallery below!

The Avengers: Infinity War set photos feature Robert Downey Jr. as Tony Stark / Iron Man, Mark Ruffalo as Bruce Banner, Benedict Cumberbatch as Stephen Strange and Benedict Wong as Wong gathering in the streets of New York, some close up photos and a glimpse at Iron Man’s armor in the film. 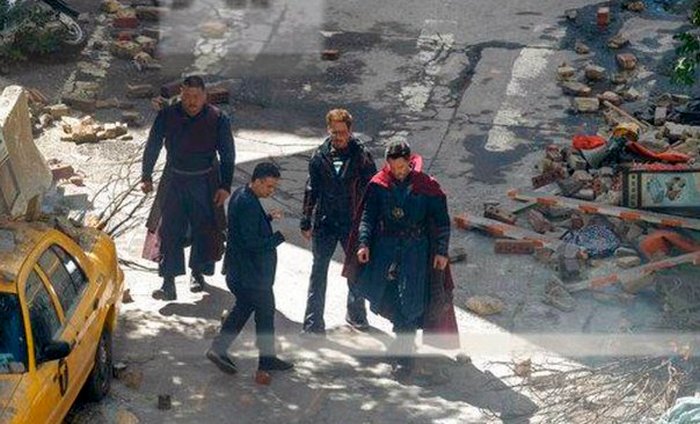 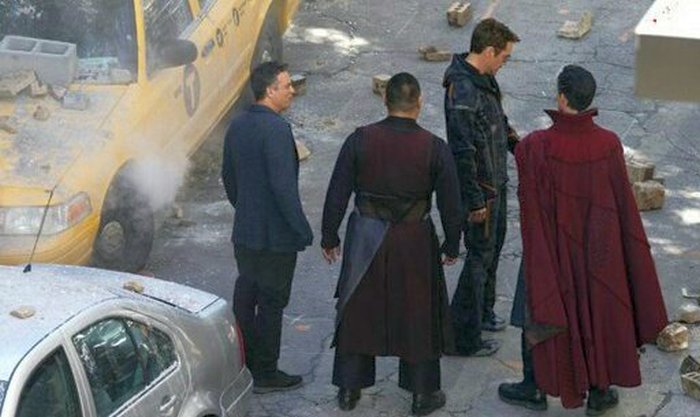 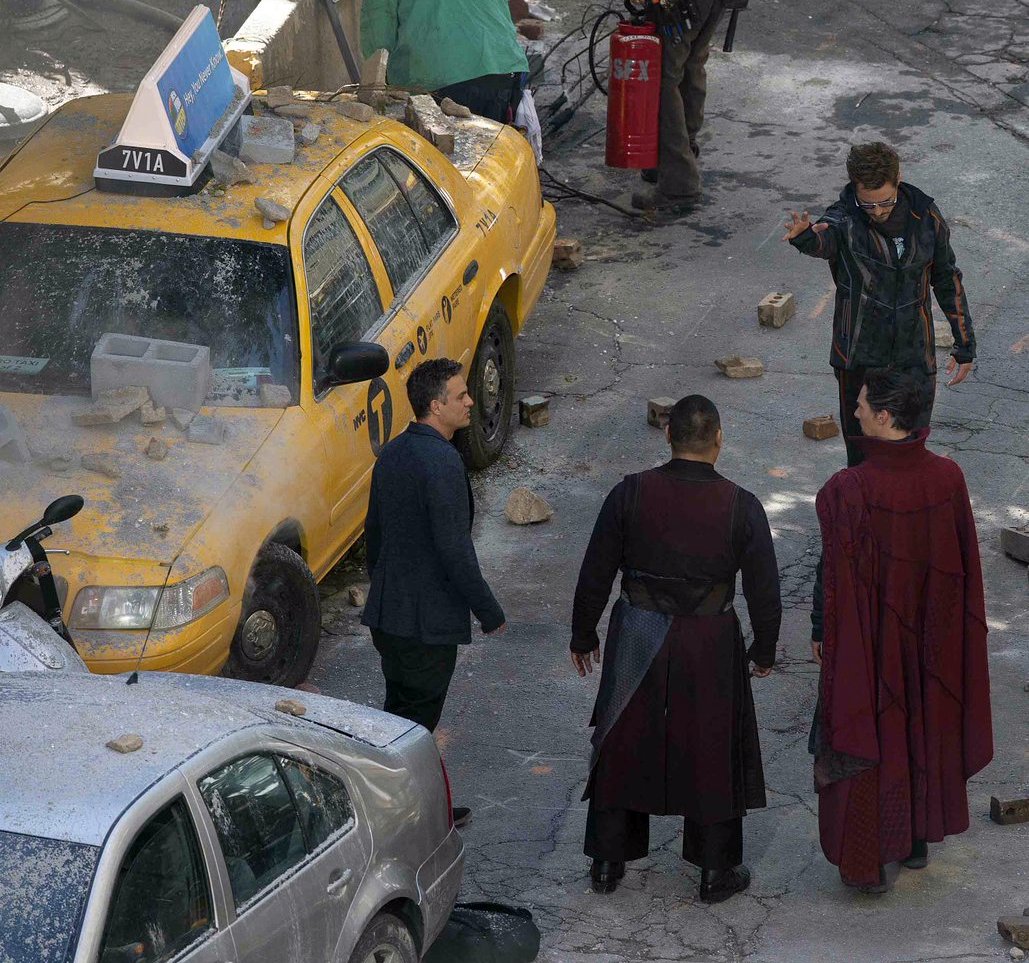 The production continues on Avengers: Infinity War and Robert Downey Jr. took to twitter to share a BTS photo of him taking a break during the shoot with Mark Ruffalo, Benedict Cumberbatch and Benedict Wong in their respective costumes on.

Additionally, The Russo Brothers shared a photo from the set of themselves with Scott Derrickson in the Sanctum Sanctorum, get the images below! 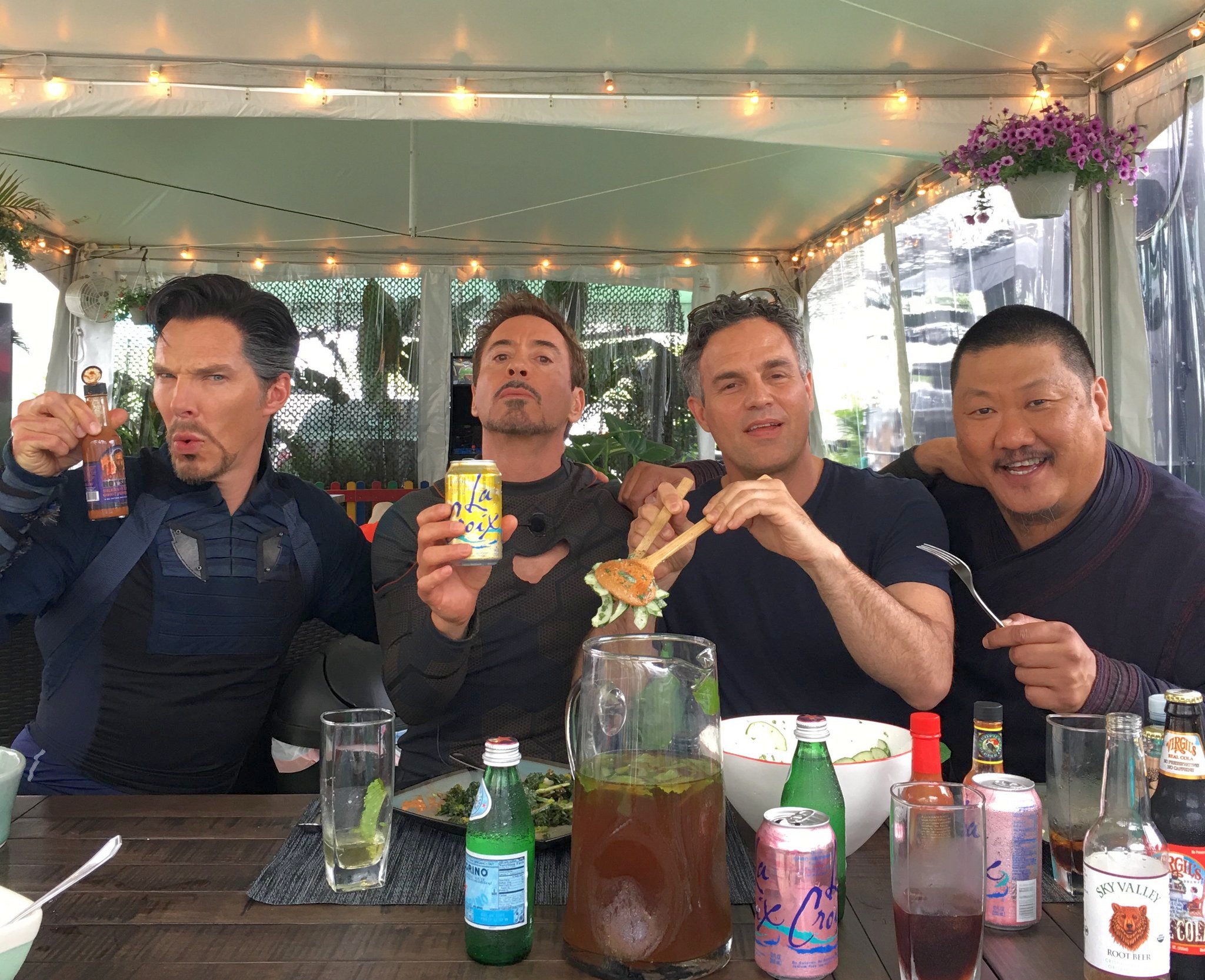 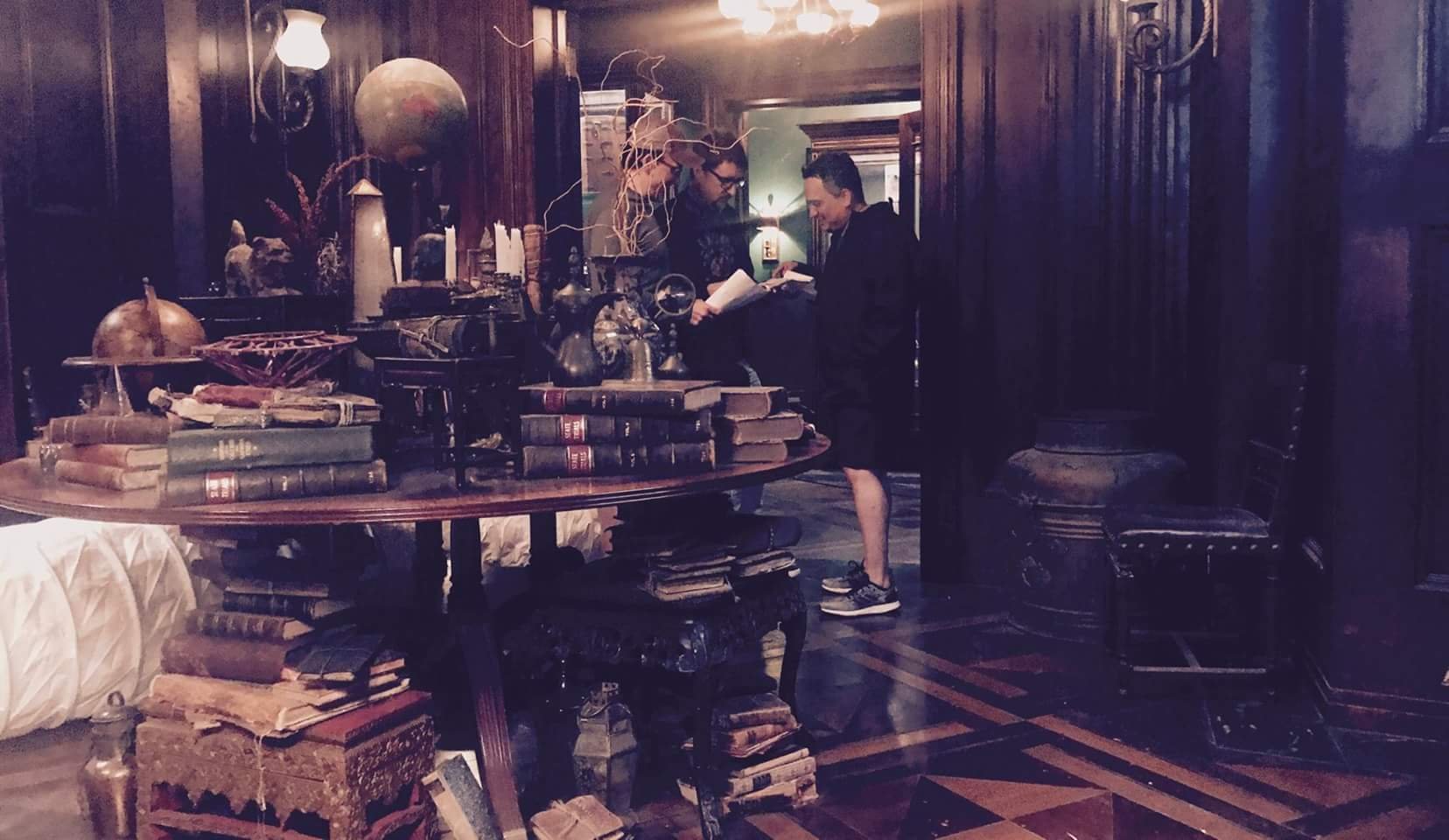 Principal photography began on January 23 at Pinewood Atlanta Studios in Fayette County, Georgia, additionally filming took place in Scotland in February and Durham Cathedral in Durham, England in May 2017.

The filming in Edinburgh, Glasgow and the Scottish Highlands with studio work taking place at Wardpark Studios in Cumbernauld is expected to last for around six months.

Filming is expected to last until June or July 2017.