The first Aladdin trailer gives us an extended look at Disney’s live action remake, watch it after the break:

It is a live-action adaptation of Disney’s 1992 animated film of the same name, which is in turn based on the Arabic folktale of the same name from One Thousand and One Nights and the French interpretation by Antoine Galland.

The film stars Mena Massoud as the title character, Aladdin alongside Will Smith as Genie, Naomi Scott as Princess Jasmine, Marwan Kenzari as Jafar, Navid Negahban, Nasim Pedrad as The Sultan, Billy Magnussen as Prince Anders, and Numan Acar as Hakim.

Synopsis:
“A thrilling and vibrant live-action adaptation of Disney’s animated classic, “Aladdin” is the exciting tale of the charming street rat Aladdin, the courageous and self-determined Princess Jasmine and the Genie who may be the key to their future.”

Directed by Guy Ritchie, who brings his singular flair for fast-paced, visceral action to the fictitious port city of Agrabah, “Aladdin” is written by John August and Ritchie based on Disney’s “Aladdin.”

Principal photography commenced on September 6, 2017, at Longcross Studios in Longcross, Surrey, England, and concluded on January 24, 2018. Part of the film was shot in Wadi Rum Desert, Jordan.

Aladdin is scheduled to be released in the United States on May 24, 2019. 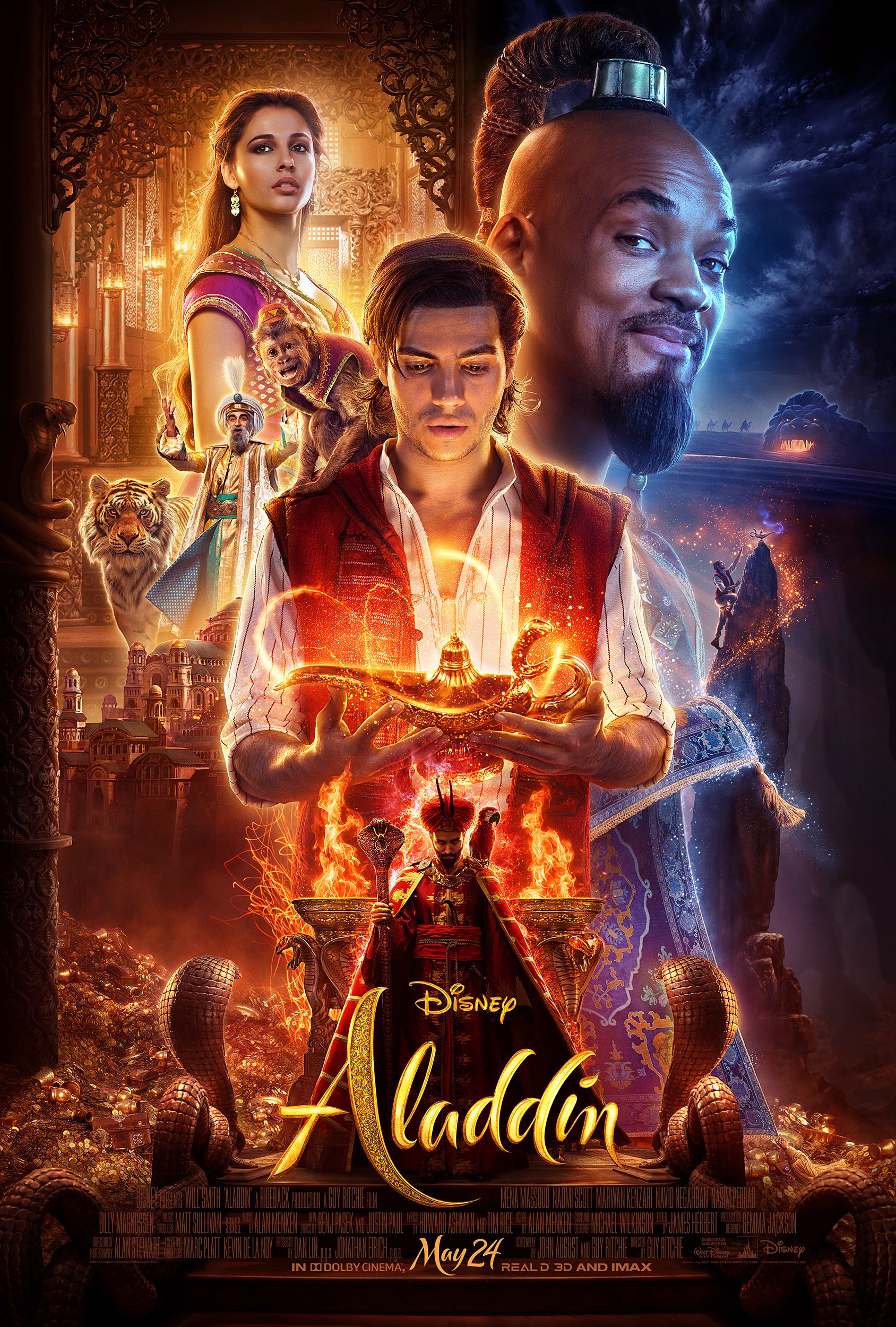