Paramount Pictures revealed the teaser for 10 Cloverfield Lane (previously known as The Cellar and Valencia), an upcoming American thriller film.

Directed by Dan Trachtenberg and written by Josh Campbell and Matthew Stuecken.

Synopsis:
“After a car accident, a young woman comes to in an underground cellar, where most of the action takes place.

She fears she has been abducted by a survivalist, who tells her he saved her life and that a chemical attack has left the outside world uninhabitable.

Uncertain what to believe, she decides she must escape, whatever dangers she may face outside.” 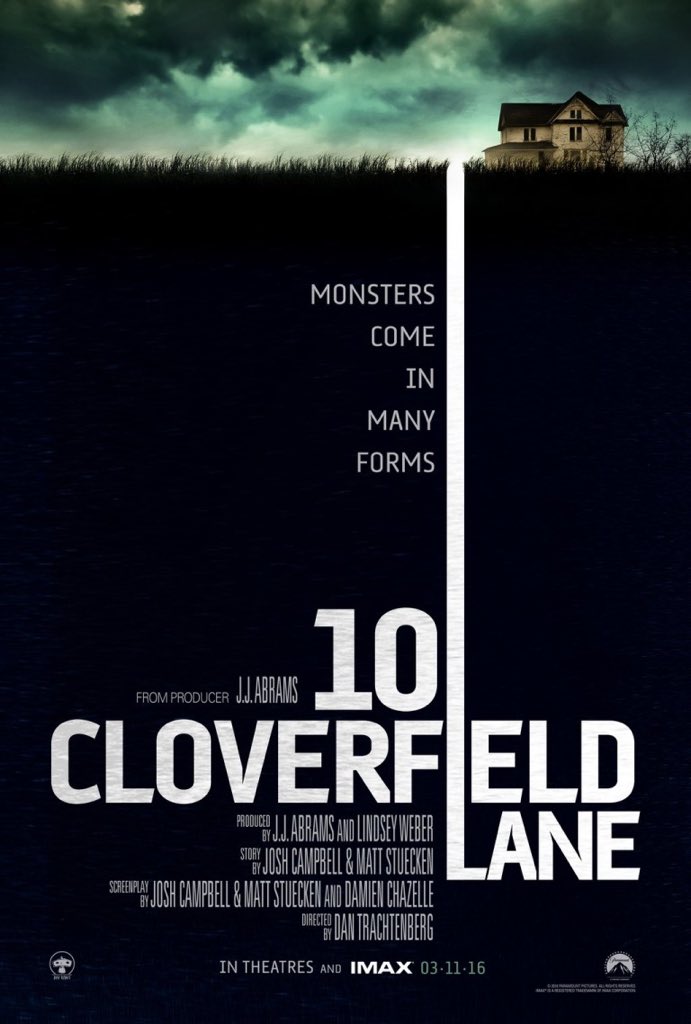